I hope everyone had a wonderful Christmas...as ours was indeed delightful, full of delicious Australian craft beers.

All praise and love goes to my wife (our first Christmas together as a married couple!) who had the original thought some time back to create a Christmas Day menu focused around cooking with beer. And then...she did all the real work to research, prepare and cook the beery food. 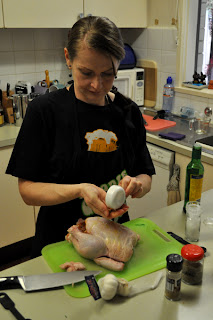 Our Very Beery Christmas Lunch started with a Welsh Rarebit on beer bread. Inspired by the Red Hill Brewery rarebit with their masterstroke of including leek in the ingredients (thanks again for the recipe, Karen!), the beer used in the rarebit sauce was the 2 Brothers "Growler" Brown Ale.

Toasted under a grill on slices of wholemeal home-made beer bread, which used a full bottle of Bridge Road Brewers Beechworth Pale Ale in the dough mixture, the result was just excellent and enjoyed with Red Hill Brewery Bohemian Pilsner. 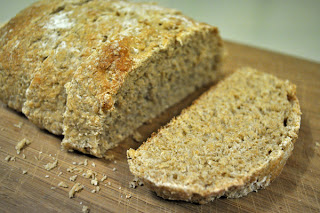 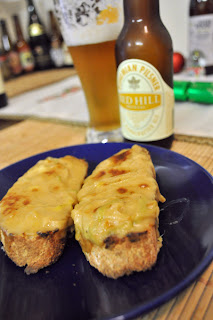 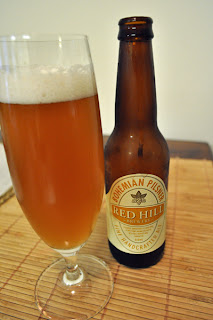 The main course of the day was a barbeque beer can chicken. A 2/3rd full can of Anderson Valley Brewing Company Poleeko Gold Pale Ale was placed inside a seasoned chicken and cooked on a closed bbq for a little under 2 hours. (Can not express my gratitude enough to Biero Bar for supplying the AVBC can!) 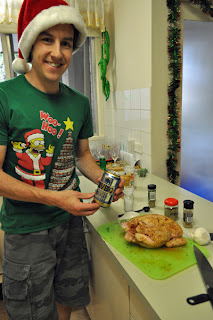 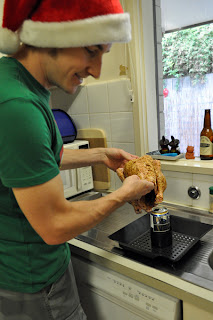 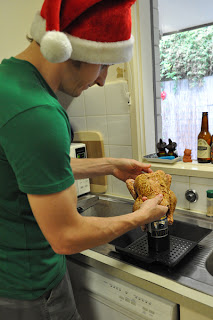 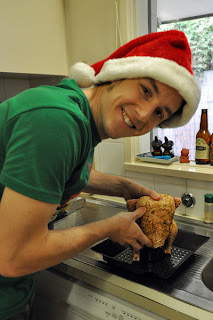 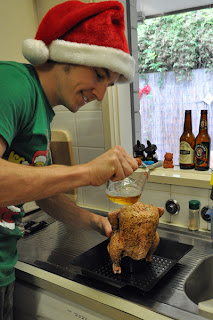 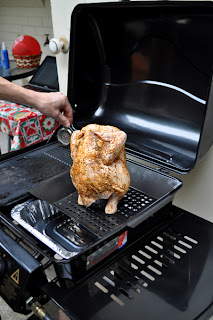 It was our first attempt at a beer can chicken, which we were initially concerned about due to the small size of our bbq. However, it worked beautifully in the end, with the help of the Bar-B-Chef Beer Can Chicken Roaster that we picked up at Barbeques Galore a few weeks back. A very helpful tool! I probably cooked the chicken a little too long overall, drying it out a little, but the result was still delicious...and I look forward to doing it again with an even better result. 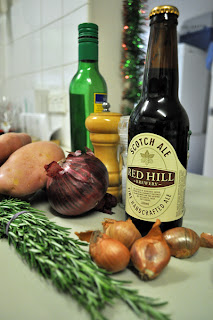 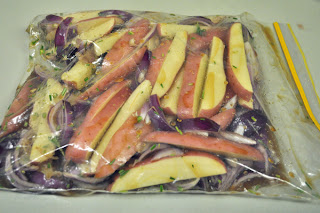 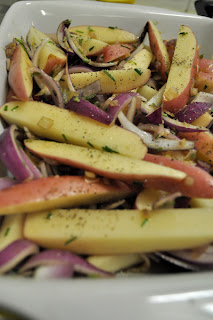 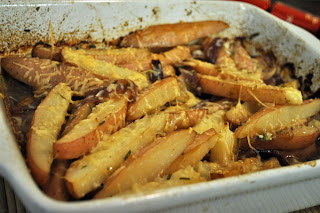 Balancing the meal was a Beet, Fennel, Rocket & Nut salad with a Blond Ale Vinaigrette. Half a cup of the Red Duck "Black Heart" Belgian Blond Strong Ale was used in the vinaigrette. 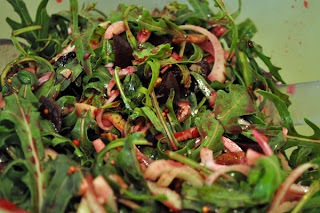 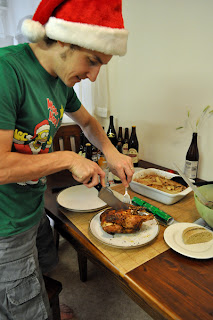 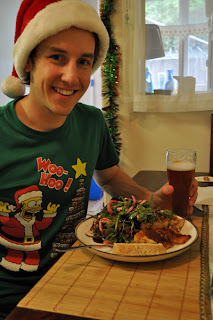 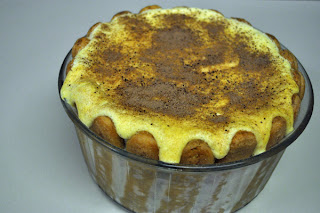 We thoroughly enjoyed dessert with the spectacular Red Hill Brewery Double Barrel Aged Christmas Ale (as well as the regular Christmas Ale), which formed my final 12beersofxmas blog that you can read here...!

Throughout the day we mainly drank the Red Hill Brewery Bohemian Pilsner, which suited the weather and food perfectly. However, we also enjoyed some Stone & Wood Pacific Ale and Holgate Big Reg. A great day all round.