Why hello there! Long time no see. Yes, I've been missing-in-action for a little while thanks to the wonderful distraction of getting married and having an all-too-brief honeymoon. But now we can resume standard programming...because there is a great deal of catching up to do!

First, here is a post that I prepared earlier, but never quite finished and therefore did not post...until now...

Over the last few months, South Australian macro-brewery, Coopers, had been running a promotion for their Dark Ale, providing a competition to win tickets to their "Sounds After Dark" secret shows, headlined by one of my favourite local bands, The Drones.

The requirement to enter this competition was that you must first buy a Coopers Dark Ale (at one of a handful of Melbourne pubs), receive a scratchie with your purchase, then SMS code on the scratchie to enter the competition for the gig tickets.

As a relatively new yet passionate Drones fan, I was all over the competition right away, which lead me to making a detour on the way home from the city one night to buy a Coopers Dark at Wild Oscar's in Richmond.

In a bit of a farce, the bar staff were without the scratchies and a bit unsure how it all worked, despite the bar being covered in paraphernalia for the Sounds After Dark promotion. Nonetheless, I drank my Dark Ale then headed home...thinking I would just try one of the other nominated pubs (over in Fitzroy) the following weekend. However, in the meantime, I emailed Coopers to let them know my experience with their little promotion (careful when you disappoint a Drones fan!)...and woah...I was surprised with a prompt, cheery and apologetic response...notifying me that my name (+1) had been added to the winners list...and hence I was in to the Sounds After Dark gig! Rock on, Coopers!

The "secret show" was held on a Saturday night at the Headquarters of streetpress magazine, Inpress, which is an Abbotsford warehouse, a short tram ride from home (...awesome...I love a close-by event!). The wife and I had been to the Inpress building before (to pick up prizes from competitions entered with Inpress)...and it is also very close to one of our favourite coffee cafes/suppliers - First Pour (Veneziano)...however, this was our first peak inside the warehouse.

It was the first official gig to be held in the Inpress Warehouse and I thought the space made an awesome little venue. Very rock, very Melbourne.

Support acts Batrider and The Dacios opened the night with big sounds to warm the crowd.

Watching Batrider made me feel like they would have been the type of band you would have found in the 1980s Melbourne underground post-punk-rock scene (à la Dogs in Space).

The Dacios were very robust. Upbeat and more than a hint of heavy-alt-country. Two good young and raw support acts, appropriately setting the dirty rock scene for the headliners. 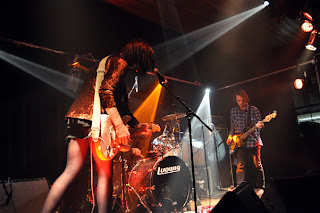 Batrider
The Drones hit the stage around 10:30pm and played a non-stop hour of faithful Drones repertoire, pleasuring and deafening all present.

Opening big with the awesome "Jezabel", it was clear that the crowd was full of Drones lovers and general appreciators of such awesome alternative rock.

Shark Fins Blues was as beautifully brilliant as ever, and everyone knew the words to "Minotaur".

Fan favourites "I Don't Ever Want To Change" and "The Freedom in the Loot" certainly had the crowd singing along in full voice and shaking along like a beer soaked crowd will do.

Strangely (maybe), The Drones are not easy to like...yet they are so easy to love!

Sonically, the band is terribly raw, rough, dark and often super loud in a fucked up way...which all works so beautifully!  As noted on the Wikipedia article about them..."Their sound has been described as The Birthday Party kick the shit out of Neil Young in Hendrix' garage."

Lead vocalist, Gareth Liddiard, isn't a singer (that is...he does not have an "Australian Idol" signing voice) but no-one else could so perfectly front this band. Gareth vaguely reminds me of Stevie Plunder from the original lineup of The Whitlams.

Maybe it's just because they are everything I like about local rock music - they are musicians, they are storytellers, they are dark and raw, they are very Melbourne Rock.

Alternatively...it may be that they are just so far from the boring excessive commercial shite that the world doesn't need any more of.

Anyways...if you want to get into The Drones...I highly recommend buying their 2005 album Wait Long By The River and the Bodies of Your Enemies Will Float By as well as their most recent album - Havilah - it's special!

The Drones seem to play out a set effortlessly, yet always with energy and passion, proving how in-tune they are with each other. They rock fluidly from song to song, despite every live performance always providing a slightly (or sometimes significantly) different twist on every song they play. Tonight was no different. Another great gig all round...and I'll even forgive the bands for the hearing damage (again)...because it was a top night out in Melbourne. 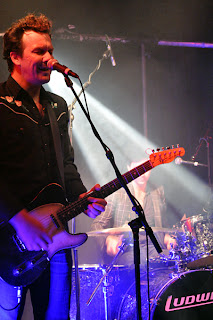 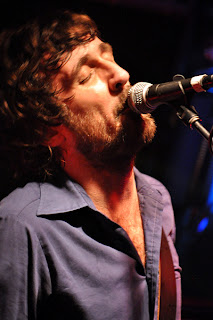 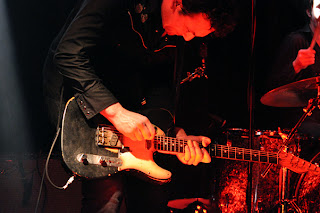 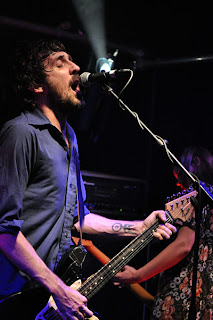 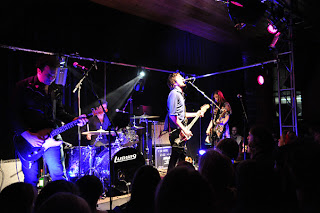 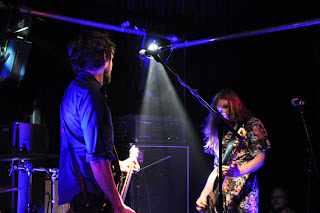 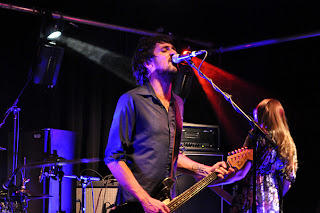 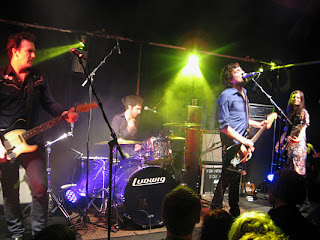 Of course, I can not conclude without mentioning the drinks. 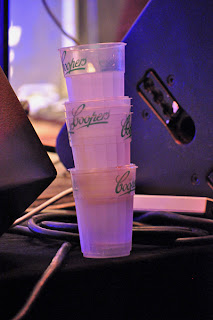 A little makeshift bar was serving Coopers beers (naturally) throughout the gig.  On tap there was the Dark Ale and the Pale Ale (Coopers Green). A a small selection of basic wine and pre 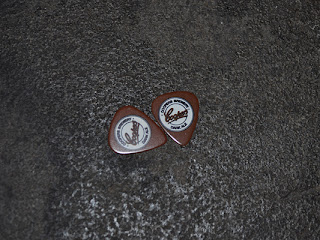 I don't mind Coopers. They are generally the best choice for a macro-brewed & commercially driven beer in Australia, due to their family owned-and-run Australian business. The Cooper's primary beers - Red (Sparking Ale) and Green (Pale Ale) - have a fairly good standing in Australia and they are quite unique in the marco-beer landscape in that they have plenty of taste, unlike the majority of bland big-name beers.

The Coopers beers also do go down alright, but I don't find them overly sessional. The main issues I have with Coopers beers is that they always tend to leave me with a very rough sore-head hangover the next day, as again happened after this night out (which is why I'll stick with chemical&preservative free craft beers).

Coopers Dark is fair (certainly better than anything produced by the LionNathan crowd) but essentially just tastes like a malty macro lager. My favourite Coopers beer is the easily the Coopers Extra Strong Vintage Ale, which I am currently cellaring one bottle from this year's Extra Strong Vintage batch to see how it performs a year later.