After laying low for a while, it was back to enjoying plenty of Melbourne's best BBBs on the weekend. Therefore, here is a not-so-brief (but-I-tried-my-best) recap...

The weekend began with the Big Scary gig at the Northcote Social Club on Friday night. Supports Bean and Cameras provided a decent warm up, but were clearly outshone by the talent and genuine rock-out ability of Big Scary, who seemed to have so much fun on stage! Tom (guitar/keys/percussion) and Jo (drums/guitar) smiled and laughed throughout their powerful and diverse set, which launched their Autumn EP. 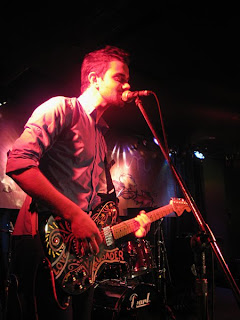 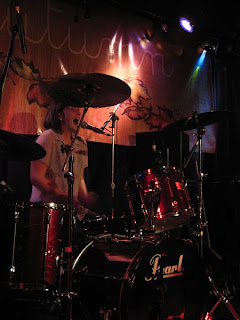 Setlist highlights included "Lullabies, Lies and Goodbyes", "Polly" and "Tuesday is Rent Day". With all three acts combined...it was a quality gig for only $10! Bargain.

I recommend Big Scary to any music lover, particularly for their excellent live performance. At the end of the gig I bought their At The Mercy Of The Elements EP and have worn out the CD with repeat listens over the weekend.

On a beer note...during the gig I enjoyed a couple of Mountain Goat Hightail Ale (the Northcote Social Club has been a long time supporter and stockist of the bottled Mountain Goat range)...but I was particularly pleased to see the local 3 Ravens Blond now available in bottles at the NSC bar as well. Not only that, but plenty of the 3 Ravens was being drunk, as I noticed a bunch of empty bottles of the Blond sitting on the bar as everyone shuffled out of the bandroom after the gig. Rock on, NSC!

Saturday morning I was out the airport way to send off the fiancé for the weekend, when I noticed a new Dan Murphys at Essendon Airport (next to the DFO/Homemaker Centre). I popped in for curiosity's sake and found it to be identical to the now standard format/layout/stock of a Dan Murphys store...of course...but at least they were fully stocked. I picked up 2 bottles of the new James Squire seasonal, the Malt Runner (Winter Ale). (Also spied boxes of the 2010 Cascade First Harvest, but no bottles on the shelf.)

Saturday afternoon involved a visit to the beer haven that is The Local Taphouse, St Kilda, where I thoroughly enjoyed the following beers on tap: 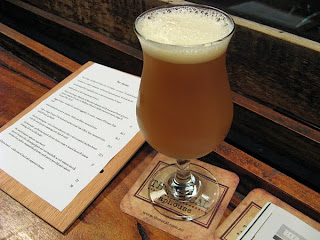 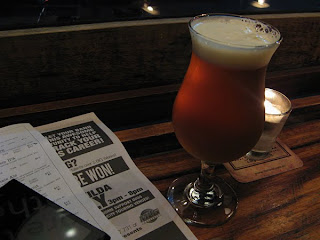 The incredibly smooth Feral Raging Flem.
The time passed too quickly as I enjoyed each beer whilst poring over over streetpress, the newspaper, twitter and the latest issue of Beer&Brewer magazine (great articles on barrel-aged beers and Stone&Wood's stone brewing).

(It's just a shame that some of the bar staff had to have a bit of a blow-up over their working conditions/treatment, which was far too loud and public. For professionalism sake, that is something that should happen away from your customers, because it can really impact on the mood of the venue. I felt embarrassed to be standing at the bar waiting to be served whilst it was occurring.)

I also ate for the first time at the Local Taphouse (just from the bar menu though). I ordered the steak sandwich, which arrived quicker than I was anticipating. Whilst the steak sandwich didn't look overly impressive on arrival, it certainly tasted terrific! The steak was beautifully cooked, with a lovely smoky flavour and lots of spice. Perfect beer food that was truly complimented by the Feral Brewing Raging Flem. 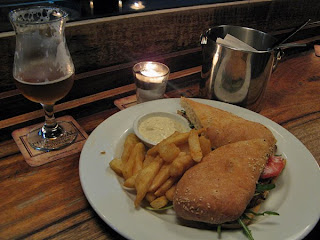 On the way home, later Saturday night, I stopped in at the Skinny Dog Hotel to catch some live footy on tv and drank a Colonial Brewing Porter for "dessert". On first taste it was a fairly good porter, rich and initially drinkable, but didn't quite stand up through the whole glass, becoming too wheaty (or maybe I had just had too much already). 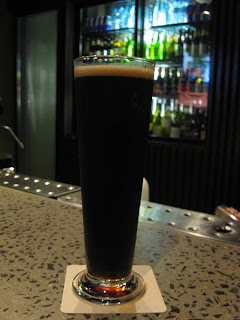 Colonial Porter.
On Sunday afternoon I was in the city so I popped into Young&Jackson to try the new Mirboo Madness from Grand Ridge Brewery, a 6% abv American Red Ale. I'm not really a fan of the Young&Jackson as a venue/pub, but they do have some excellent local brewery showcases. The Mirboo Madness is beautifully red, aggressive in character and really very hoppy. It's a little too light in the mouth and bitter on the finished, but a good beer. (Y&J claim exclusivity over this beer, but it is/has been also available on tap at several other Melbourne bars, such as Mrs Parmas.)

I also stopped in at Beer DeLuxe for a schooner of the Moo Brew Imperial Stout, which was simply superb! Beautifully smooth and full of delightfully balanced soft flavours giving you everything you want in an Imperial Stout, rounded off by seriously good chocolate notes. Yum! I wish I could have drunk three more... 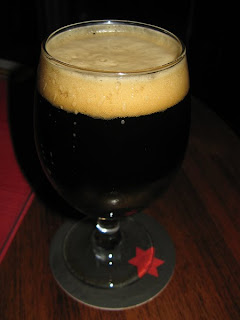 Delectable...the Moo Brew Imperial Stout.
Continuing the Imperial Stout theme, I ended the weekend on a huge note with a couple of super delicious stouts that I had purchased at Slowbeer: 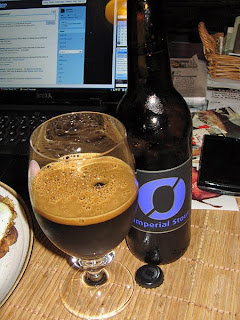 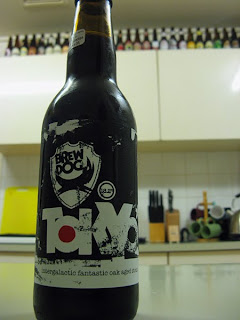 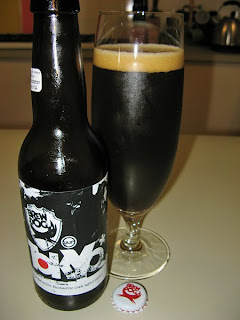 This week I'll be attending the inaugural (and sold out) Slowbeer Tasting night, for the "Big, Bold Barrel-Aged Tasting", which will feature: