Last Saturday, 22 May, was choc full of beeriffic beer-tasting-sensation, as I (somewhat foolishly) combined two excellent beer events in one day.

First, I headed to Beer DeLuxe for the BeermenTV "Hair of the Dog" Breakfast.

On arrival at Beer DeLuxe there was short wait outside in the cold, whilst the staff finalised last minute details, but once inside it was comfortably warm and we were severed a full glass of Mountain Goat Steam Ale to start the experience (a fine choice as Beer #1 at 10:00am). The venue was beautifully laid out with a number of massive long bench tables ready to serve 110 people breakfast. The room quickly filled to capacity and all in attendance seemed to be in very good spirits.

Todd, Mark and Damien were excellent hosts, with their light and fun commentaries, they kept the event moving and interesting. A placemat providing descriptions and tasting notes of all 8 beers that would be sampled during the event had been prepared for each patron, along with funky BeermenTV coasters. It was evident that significant effort had been put into this event.

During the introduction by Mark and Todd the food began arriving, along with the bottles of the local craft beers to match. All present had two tasting glasses available and shared a bottle of each of the beers between every three people (which seemed to end up closer to 1 bottle between every 1.5 people).

The Breakfast and Beer menu consisted of:
The order the beers were presented in was faultless, following the traditional light-to-dark tasting method. More importantly though was that each beer tasted was indeed a highly suitable breakfast beer in their own right, especially thanks to their perfect food matching. Ultimately, I was most impressed by the concept of a Witbier for breakfast, simply because it was so unexpected for me. Congratulations to all the brewers involved.

If anything was at fault during the event, it was only the pace it moved at, causing a minor overload of beer and food, which may have somewhat diminished the "slow food/beer" experience required to fully appreciate the meal combinations on all levels.

However, with only an hour actually scheduled for the event (which ended up being two hours), the staff and BeermenTV boys did a remarkable job.

All praise to the wonderful Beer DeLuxe for hosting and supporting the event to the utmost of value and quality. For the $20 we paid, the beer and food supplied was top quality, very generous and the service was sensational.  I was impressed and very appreciative. THANK YOU!

For video highlights of the event, keep your eye on http://beermen.tv/

At the point I should have gone for a walk, enjoyed the fresh and cool Melbourne air and consumed much water to recover my senses a little, after such unexpected large consumption of luscious beers. (Further compounded by the fact that I had just completed 3 completely dry weeks to keep my personal health and fitness in check!)

However, I pushed on straight to the expo, which was being staged metres away, along the River Terrace at Federation Square. Thankfully, I have enough memory and notes to report back on the following highlights of the afternoon, where not a bad beer was tasted!

My first sight on entering the Expo was the stand for an unfamiliar brewer – Thunder Road Brewery. After obtaining a free t-shirt from them after signing their mailing list, it was a little hard to obtain any real detail about their pending venue and product. However, I'm lead to believe that Thunder Road is being set up by Andrew Dunn, an ex-Matilda Bay brewer, in Brunswick. I'll be keeping an eye on its development and keen to visit the establishment once it opens.

I tired a few of the beers on offer from Blue Sky Brewery of Cairns, which I was particularly interested to learn more about because I plan to pop into their Brewery during my honeymoon later this year. Their Pilsner was quite good, fairly standard though, but very drinkable.

The Mountain Goat team never fail me with their small batch beers. Featuring at the Expo was Dunken, the delightfully malty Dunkelweisse with hints of chocolate and banana...beautiful.

My "international discovery" of the day came via the St-Ambroise range from McAuslan Brewing of Montréal, Canada. The St-Ambroise Oatmeal Stout was fantastically flavoursome and smooth, with a very good oatmeal taste (something I has so far found rare in Oatmeal stouts). It was a perfect match for the cool windy Autumn's day.

I also attended two of the Expo's workshop sessions (Home Brewing Demonstration with Jamil Zainasheff and then Beer and Food Matching with Chris Badenoch). Unfortunately, the sessions did not quite meet my expectations, as I felt they were designed for the complete beer-novice, yet the small crowd that did attend seemed well beyond the novice level.. Therefore, those sessions were somewhat underwhelming and a little...boring, compared to the excitment around the Expo's stalls where the brewers spruiked their product with passion.

I suspected that the pick of the day would have been Kirrily Waldhorn's Beer and Food Matching session. However, I missed this one for the sake of lunch (a burger at Burger DeLuxe with a pot of the Jamieson APA).

As the 5pm closure rolled in, my final tasting of the day was the superbly rich Double Barrel Christmas Ale from Red Hill Brewery. At 10.5% abv, this final drink probably pushed me over the limit in terms of reasonable consciousness...and the rest of the day is just a blur (a happy blur though!).

Nonetheless, I was able to somehow safely navigate my way to the tram and then home, without breaking the 6-pack of Red Hill Hop Harvest that I had purchased on my way out of the Expo. Top day.

Finally, congratulations to all the medal winners at the Australian International Beer Awards. You can read all the results at: http://www.beerawards.com/results.asp

Special mentions go to a couple of local Gold Medal winners and personal favourites on mine:
And also, the Red Hill Imperial Stout, which I am yet to drink, but with it’s pending 2010 seasonal release next week, I am definitely keen to enjoy several of this highly regarded local brew over winter. 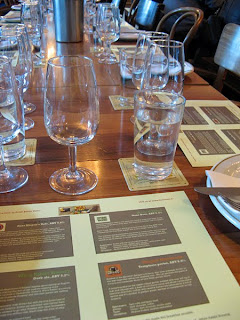 Ready for breakfast, with the tasting-notes placemat. 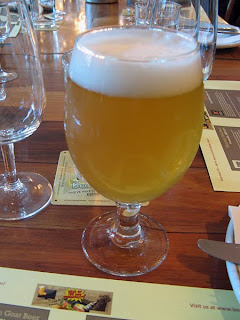 To start, a glass of Moutain Goat Steam Ale. 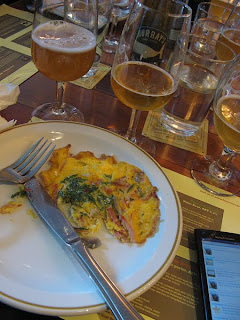 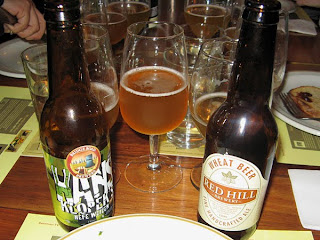 Hefeweizen battle! Far too close to call! Both brilliant. 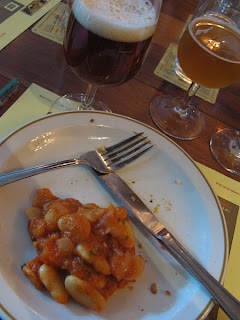 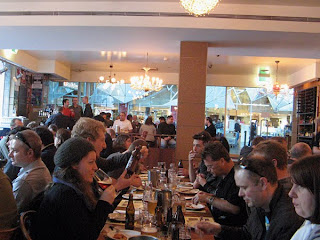 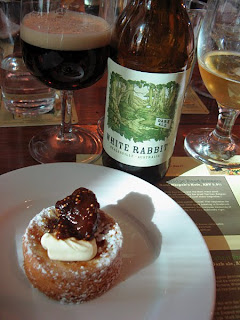 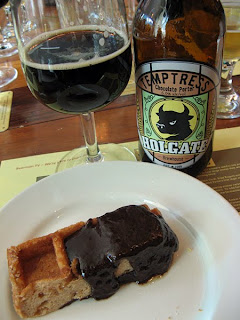 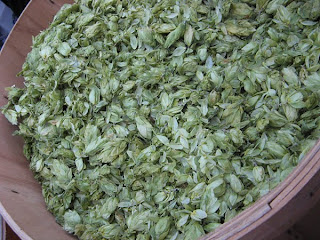 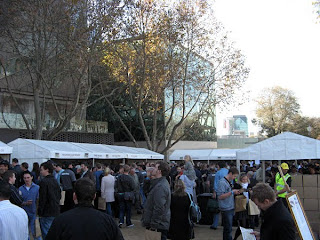 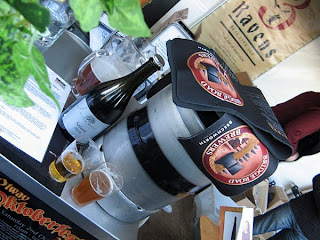 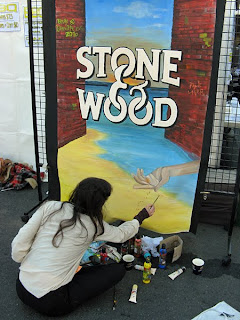