The "Around the World in 18 Beers" Tasting at Slowbeer last Sunday evening was the final event on Jenn and my Good Beer Week itinerary.

Honestly, by Sunday we’d had our fill. Saturday had been a massive beery day, which began with the BeermenTV Hair of the Dog Breakfast, followed by The Local Taphouse Kiwi SpecTAPular and ended with the Great Beer Debate. It was touch-and-go as to whether we’d actually make it out on Sunday, but the strong history of Slowbeer’s previous tastings enticed us along. Thankfully the refreshing half-hour walk from home to the Slowbeer shop helped prepare our heads and livers for another big beer session. 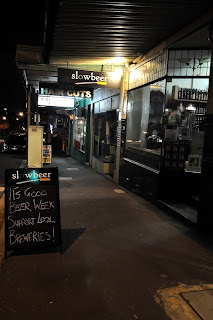 Slowbeer co-owner and beer purveyor, Chris Menichelli, really knows how to structure and run tasting events well. His small craft beer shop in Hawthorn is ideal for intimate sessions of beer discovery, allowing a group of 20 to comfortably gather around the large table that sits in the middle of the shop, providing plenty of space to rest glasses and make notes. At this tasting, the 20 attendees consisted of a mix of old and new faces and probably the most number of females (8) that I have seen at a Slowbeer tasting before, which is great to see. 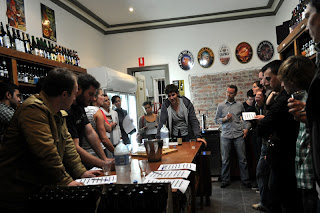 Chris opened the evening in his forever causal manner, yet still conveyed the key points of the occasion: this was a special event as part of Good Beer Week, which was ending today; this tasting was much bigger than any Slowbeer has held before (18 beers compared the usual 8-12); and basic food elements would be matched with each style. Let's get into it!

The first 12 beers were ordered by region, with a light and dark version of each compared to a local microbrewery’s challenger. The final 6 beers showcased some modern craft beer benchmarks, International vs Australian.

Our journey around the beer world began in Belgium with the Saison. The beer that is popularly regarded the style benchmark – Saison Dupont – was followed by the local Otway Saison from Otway Estate Winery & Brewery. It was an exciting start for me because these are two beers that I had never tasted before and had been keen to try for a long time. Wow, and what a difference! Saison Dupont was miles beyond the Otway Saison. Dupont's excellent big but balanced flavour included elements of orange peel and spices. With its full body, high carbonation and a relatively short, clean finish, it was a fresh fruity start. In contrast the (2010) Otway Saison had a flat flavour and was far too thick, with some unbalanced yeasty notes. Possibly it would be better when younger, but it really had nothing on the Dupont or another Aussie that I have enjoyed plenty of - the Chevalier Saison from Bridge Road Brewers. The Saisons were complemented with brie and crackers. 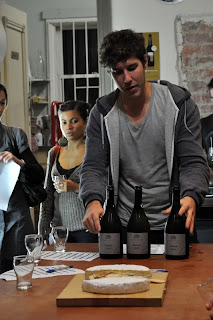 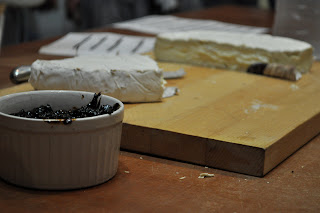 For the dark side of Belgium we were presented with two Dubbels, the Trappistes Rochefort 8 and the local Bright Fainters Dubbel. A big step up from the Saisons, both these beers provided wonderfully complex, sweet malty aromas and tastes. The international benchmark of the Rochefort 8 was again a clear winner with the better body and length. However, the Bright Dubbel was a worthy local opponent and a good interpretation of the style. The best Australian brewed Dubbel that I have had has been the Mad Abbot Dubbel from The Little Brewing Company in NSW. The real winner in this round was the fig paste and crackers that enhanced the dark fruit characters of the beers. 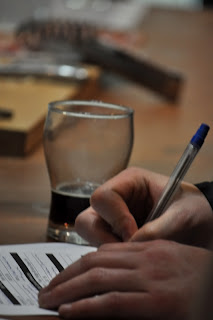 Jumping over the border to Germany, the Hefewiezen was the focus of Round 3. The Weihenstephaner brand, with its big banana "house flavour", is well known throughout the world and their unfiltered Hefewiezen is the common example of what a German Hefewiezen should be. The local competitor, the Bridge Road Brewers Hans Klopeks Hef is a very different beer that brings out more of the clove and spice elements of the style. This meant that the Weihenstephaner provided another win for the international options, but I thought the match was somewhat incomparable. When I tasted the Hefewiezen from new Melbourne microbrewery - Cavalier Brewing – back at the Fed Square Microbrewery Showcase, I thought it would be a worthy opponent to Weihenstephaner's Hef. 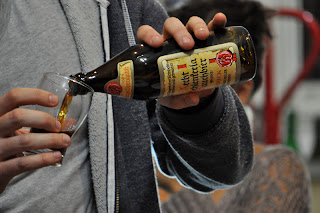 Swimming over the figurative English Channel, we were next presented with Pale Ales and Porters based on the English style.

English Pale Ales were represented by Timothy Taylor's Landlord Ale and the Ragged Jack from Van Dieman in Tasmania, whose beer range has just hit Melbourne. The Landlord begged to be pulled through a traditional English handpump, with its lovely soft caramel notes and hints of coffee (instant coffee though?) needing the warm and flat serving of a beer engine to really excel. The Ragged Jack was unfortunately bland in comparison. It had some interesting fruity notes but lacked hop character. 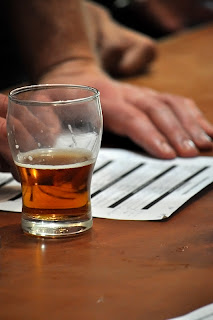 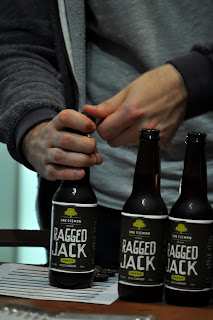 Next were English Porters with Samuel Smith's Taddy Porter and the Holgate Brewhouse Temptress chocolate porter. It was a bit of a mismatch putting the straight traditional porter from Samuel Smith against the delectable chocolate infused Temptress, but still an interesting experiment. The London Porter from Meantime remains my personal benchmark for English Porters and I will never have enough of Temptress, which is better on tap. Each Porter was enjoyed with delicious 80% dark chocolate...my favourite! 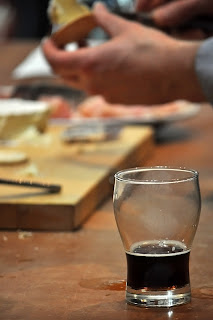 There ended the International Benchmark vs Australian interpretation component of the night. Next Chris guided us through six beers that have set new benchmarks in the craft beer scene over the last 25 years.

The Sierra Nevada Pale Ale and Stone & Wood Pacific Ale are two beers with big reputations for making an impact on their respective beer markets. Pacific Ale was my "beer of the Summer" for 2010/11, so I probably need to say no more about it. I love it by the slab. In contrast, I am still not sold on the distinction of Sierra Nevada's Pale Ale, but I believe that I need to try it fresh from the source to really understand way so many drinkers rave about it.

New World Pilsners were demonstrated by tastings of the Emersons Pilsner from New Zealand and the Knappstein Reserve Lager from South Australia. Two finely crafted beers, but it was a cold and wet night so I wasn't really in the mood for them. 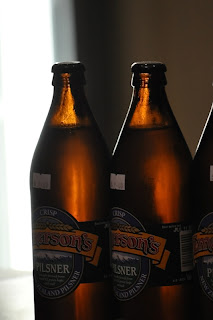 The Australian coffee beer was the impressive Black Giraffe from Burleigh Brewing Co. Most of the flavour goodness in this black lager was drowned out by the Hr. Frederiksens Væsel Brunch, so it seemed underwhelming. However, I have enjoyed plenty of the Black Giraffe in the past and agree that it is a valid Australian craft beer benchmark. Placing Black Giraffe at the end of the tasting was not the best way for a newcomer to experience it, but it was a refreshing was to wash down 18 diverse beers. 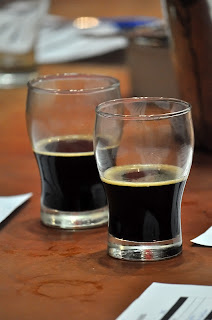 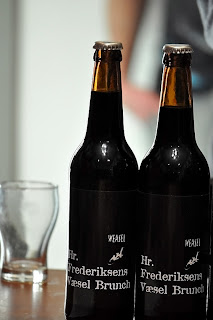 At the end, three hours had passed in what seemed like 30 minutes. Chris wrapped up the evening with thank yous and a final shout-out to Good Beer Week. Spirits were still high so many people seemed to linger for a while, a sure sign that good time was had (or was it just the coffee hit from the last two beers?). I felt remarkably fresh, even after so many big beers, which I put down to a well structured and coordinated event.

And wow...what a line up! It seemed like there were mismatches and oh-so-wrong jumping across the beer style spectrum, but somehow it just all worked. None of the beers ruined your palate or were followed by a serious clash on your taste buds. Even the Hefeweizens acted as something of a palate cleanser following the Belgian Dubbels. Looking back over the night, the whole thing was spot on. Jenn and I were still exhausted but glad to have come.

It was also great to catch up and engage in some beer chat with fellow blogger John "Beefy" Bogan of Beer Dakari. John had consumed 100 different beers throughout the week and was celebrating with a Delirium Tremens Pink Elephant hat. Fun stuff! 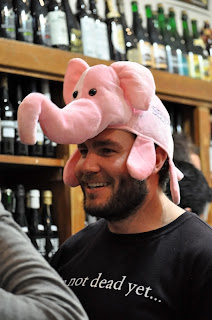 The fun ended as we realised that Good Beer Week was now officially over and we had to trudge home through the rain (it always seems to rain on the nights of Slowbeer tastings!). It was bittersweet after another enjoyable and rewarding Slowbeer experience.