Beer & Bar - ...and that was a GREAT Australian Beer SpecTAPular!

As I noted in previous posts, last Saturday I attended the Great Australian Beer SpecTAPular (GABS) at The Local Taphouse in St Kilda. I am happy to report back that GABS lived up to the hype and proved a true celebration of Australian craft beer...and good beer in general! Furthermore, the celebration rightfully extended to the brewers, as well as those in the beer business who are bringing craft beer to our locals. 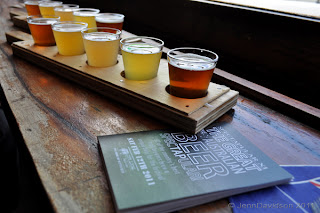 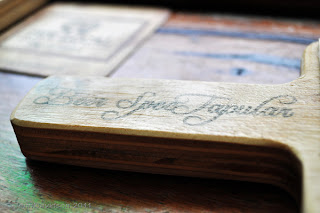 My wife (thanks for the photos, Jenn!) and I arrived soon after the doors opened at midday, just missing the queue of around 60 people who lined-up prior to midday in anticipation of an opening rush. We found ourselves a cosy front corner and settled in for a joyous day of social beer. Despite the doors only being open for about 15 minutes, pretty much all the table space had gone! It was the first sign of how popular this beer event was going to be.

We settled down with tasting paddles and slowly worked our way through the list of 19 beers, 5 beers at a time.

Around 12:40pm, the Local Taphouse was already reaching capacity. Therefore, the entries were slowed by the door staff, which created a fairly serious queue along the street, as thirsty punters waited more than 30 minutes for their turn to get inside. From our front window space we watched as many familiar faces from the Australian beer community waited patiently to enter.

We cheekily teased brewers, bar staff, beer reps from the likes of Thunder Road, Biero Bar, Mountain Goat, Purvis Beer, Northdown Craft Beer and many more, as they filed past us whilst we joyfully consumed our tasters.

Occasionally a participating brewer would show up, sometimes barely "gifts", and receive a relatively speedy entry (after a quick verification via the Taphouse top brass)...such as Simon Walkenhorst of Hargraves Hill who arrived with two bottles of their very limited release Phoenix (Imperial Red Ale).

Here is me providing the Moon Dog Craft Brewing guys with some tempting reading as they wait in line for GABS... 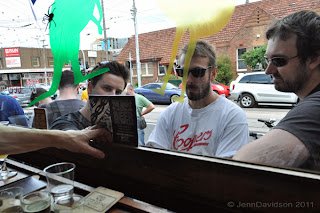 The tasters were a good way to get some exposure to every beer available, but they really left you short in appreciating the beer. Many of the beers I tried just did not perform well as a taster, but when I tried them in a full glass, it was a very different story.

I think I passed judgment too early on some of the beers that appeared at the start of the list, because I only drank them by taster. 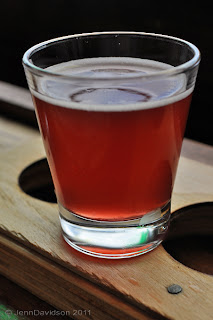 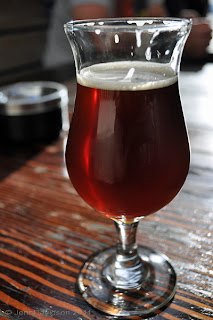 Beers I loved all the way through, and the stand-outs for the day according to most people I spoke to, where the: Holgate Brewhouse Empress (Imperial Mocha Porter), Feral Brewing Karma Citra (Black IPA) and Two Hills (Red Hill Brewery and Hargreaves Hill Brewer) Maibock. Each of these beers possessed everything I seek in a good beer: balance, complexity & depth, length, drinkability...but ultimately, just a big hit of interesting! 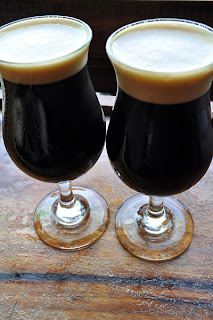 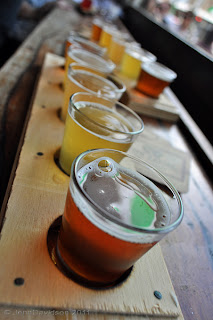 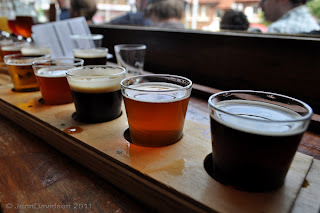 In all honestly, there was not a single bad beer being poured at GABS. Some beers were a little unbalanced and some I enjoyed much more than others. However, every beer was wonderfully flavoursome and unique, very unique. GABS also helped show how beer can really be a personal thing, as drinkers favoured different beers from all across the spectrum. Flavour was the winner!

Without being prescribed as a required element for brewing a beer for GABS, the character of "Australia" was indeed present in each beer. 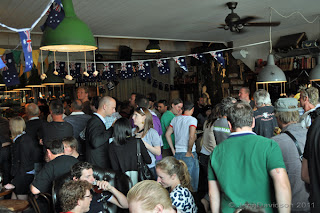 The atmosphere of the event was very friendly and happy. The Local Taphouse staff handled the event superbly, dealing with a big crowd of all types, from beer-nerds through to curious newbies to the world of craft beer.

Clearly limited space was an issue, but this is likely to be remedied in future with plans to hold the event as an off-site festival, possibly at the Royal Melbourne Exhibition Centre. (I just hope they provide plenty of table and seat space, because to handle and drink from tasting paddles...you need a table or bench.)

Most of all, GABS was a showcase for the enjoyment of good beer with no ramifications of violent or anti-social behaviour.

Recently, the Victorian Police Chief Commissioner has resparked the debate over alcohol fulled violence and the way it is destroying Melbourne (read: Victorians drowning in drink issues and We've lost our way) ... ((pfft! maybe around the dodgy strip-clubs in the CBD it is!)). Personally, I never seem to experience such issues when I am out enjoying craft beer at Melbourne's good beer venues. GABS continued that theme, as I did NOT witness a single violent action or anti-social incident all day. Besides one spilt bottle of Southern Tier Creme Brulee, I also did not witness any drunken mishaps inflicting any disturbance.

Everyone at GABS was friendly, respectful and understanding. Josie Bones beer manager (and Creme Brulee victim), James Greenfield, noted that this day was really the first time everyone at an Australia beer event were "drinking with their heads"...as they considered, dissected and enjoyed the brew they were consuming. Too right!

GABS was also well supported by the small booklet handed to everyone as they entered, which provided a full run down of each tap beer, but also some very useful and clear information about how to taste beers and drink smartly and responsibly.

Also very importantly, this event raised a valuable $8596 for the Premier's Disaster Relief Appeal in Queensland. 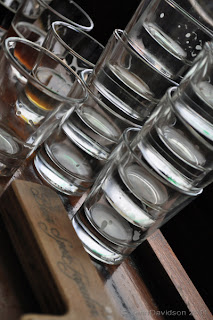 If there was one thing that did detract a little from this celebration of Australian craft beer...it was the choice of music being played throughout the venue early on, which was very much lacking some Australiana. When we arrived, some fairly harsh stand-up comedy was blaring loudly, which sullied the atmosphere somewhat with the aggressive tone. The audio was soon switched to random music...and as much as I love The Decemberists are several of the artists played, I wondered why no Australian music was played. With so much local bands and artists creating awesome Australian music that would have suited and complimented this event, I found the lack of local content to be a sad oversight.

This is a minor thing that only hit a chord with me because of my passion for the Australian music scene. Nonetheless, the day was complimented by good weather, good people and a well decorated venue that was covered in Aussie bits and pieces! 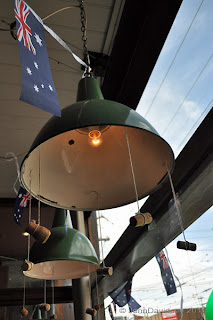 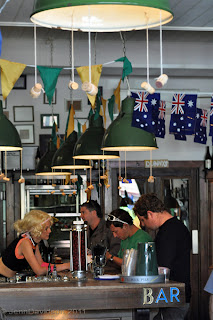 I'm sure there were plenty of other things that could have been "done better", but I believe The Local Taphouse can be commended for staging such an event in the space they have. Ultimately, I had a blast...as did so many others!

There are a number of other blog posts and articles covering GABS, which I recommend reading for more insight and perspectives:

All the beers that were on tap at the SpecTAPular are exclusive to The Local Taphouse this week. However, from this weekend, several of the beers will start appearing on tap at other good beer bars, as well as limited release bottles being produced for a select few. Therefore, if you missed GABS, keep your eye out at the usual beer bar suspects for your chance to try these amazing Australian beers. (I hear a key of Holgate Empress may be heading to Josie Bones...!)

Congratulations and thank you to The Local Taphouse and all brewers involved! See you next year...I can not wait! 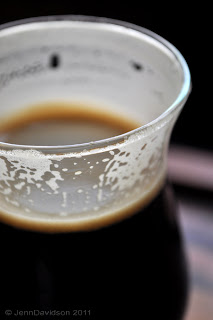