Last weekend was a fairly quiet one for me, in terms of enjoying and exploring Melbourne's beers, bars and bands.

On Friday evening there was a brief visit to The Skinny Dog Hotel in Kew, which is technically my "local". After being closed since the start of January for a major refurbishment, followed by many weeks of delays with the reopening, I was keen to discover what had caused such an extended closure.

I have spent many nights in The Skinny Dog, primarily to catch on tv the Essendon AFL footy games that are only shown on Foxtel. Also, it was the end-of-week-drinks pub for my former workplace. The Skinny Dog has always been decent and relaxed pub, previously famous for their massive chicken parmas. The crowd there was always very random and the place had started to become a little tired, but was always the best pub in Kew, by far.

The pub has had a fairly significant interior design makeover and it is clear they are now looking to join the fashionable gastro-pub market. Gone are the pool tables, arcade-game machines and sports memorabilia on the walls in favour for more dining space, minimalist "decoration" and a cleaner and more open front-bar with tall tables. The carpet in the front bar has also been removed, with polished floor-boards certainly improving the look, but will this increase the noise levels? The place looks shiny and fresh, but definitely feels more uptight and less relaxed. I hope that's just a "newness" thing, because I'm never too comfortable in fine-dining "pubs" or surrounded by overly-serious business-suit types when just after a drink at the bar. 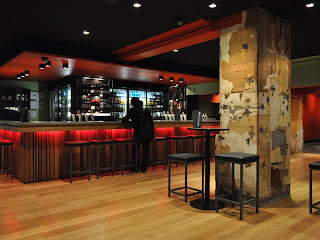 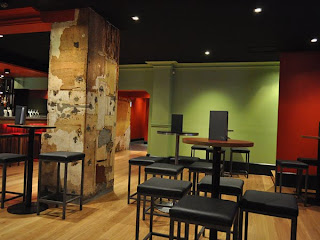 Pool table and arcade games - out, plenty of mingle space - in.
The number of beer taps and the range of beers has definitely improved. However, the overall prices have increased somewhat (again), making it an expensive place to drink now. Previously the taps were all macro breweries. Now, in addition to a number of Lion Nathan macro draught taps, there is a selection of semi-microbrewery beers, including James Squire (which is still Lion Nathan) and White Rabbit, plus three Colonial Brewing Co taps – Pale Ale, Kölsch and Witbier.

The Colonial name was brand new to me. I knew nothing of this beer and, unfortunately, the bar staff also knew nothing about the origins or styles of the Colonial beers. When, when I was back at home, I did my own online research to learn that this Western Australian brewery is owned by the same parent company that now owns the Skinny Dog Hotel (Colonial Leisure Group). I had a pot of the Pale Ale, which I enjoyed, definitely a quality pale ale...but at $6 pot, I think I shall pass on the Colonial beers in future. 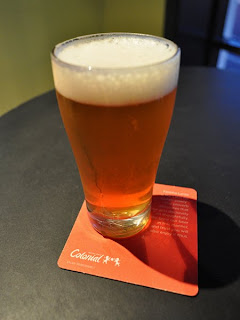 A pot of the Colonial Pale Ale
Anyway, I'm still happy to call the Skinny Dog my local (it's just too conveniently located not to be!) and I will be keen to try out their new menu sometime soon. However, if I'm looking for beer and footy...I think I'll be heading down to Richmond, Abbotsford or over to the city.

Sunday afternoon, after catching a movie at Victoria Gardens, we popped into the glorious Royston Hotel in Richmond to catch some of St Kilda vs Fremantle game on Foxtel. However, the tvs were showing the other/wrong game, so we did not stay long. Nonetheless, I had time to enjoy a quick pot the Hargraves Hill ESB, whilst staring joyfully at their superb beer menu... 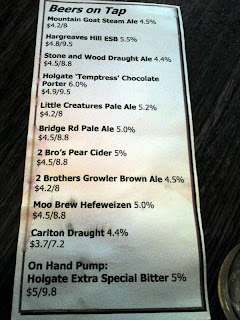 (click the image for a closer look)
The Hargraves Hill ESB was the only on-tap beer that I hadn't tried before, therefore it was an easy choice. And I have no problem seeing a single macro beer choice on the list (Carlton Draught), because craft beer isn't always for everyone. All credit to The Royston for fully supporting the true microbreweries, yet being smart enough to cater for the traditional Melbourne crowd and the non-risk takers.

If I may take a paragraph to rant about one of my pet peeves (price)...this is what I don't get...The Royston charge less than $9 for a pint of high-quality, local microbrews...but over at the Skinny Dog, $9 is the price for a pint of the base macro beers and then they charge $10 for their own "in-house product" (well, it produced by the same parent company as the Hotel owner). It may seem a matter of cents to some, but it makes a very big difference to me that such the widely available and average products, produced by massive and rich companies, could cost more than a independent boutique product. Does this not concern the majority?

Anyway, The Royston Hotel is a beautiful beer pub that ticks pretty much all the boxes for me - very relaxed, excellent staff, delicious food, perfect beer choices, very fair prices, pool table, never too crowded... it's just missing a music streetpress stash. I love it.

On Sunday night I treated myself to a bottle of the Matilda Bay Sebastian Reserve. Pouring extremely dark with a thick beige head (but almost no rention or lacing), this dunkelweizen gave a rich coffee and malt aroma. It was very light in the mouth and provided a full malt taste, with cocoa and some lemony fruit. A little sour at times maybe and not overly complex, but an enjoyable drinking experience. 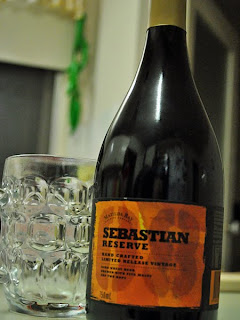 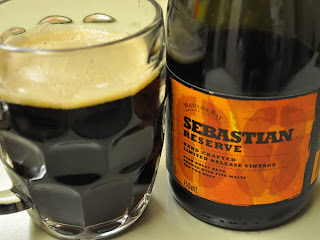