Year in Beer? It's not a challenge anymore, guys.

Today's Fairfax print and online media has published a story of two Aussie guys, Scott Ellis and Shane Maguire (from Sydney), who are on a mission to drink a unique beer every day for a full year (366 days in this leap year): A new beer a day? You bet

Maybe a decade ago this was something of a challenge, but with today's flourishing craft beer industry and limit defying beer brand market, it's a simple mundane task. All you need to do is walk into your local Dan Murphy's, or one of the growing number of specialty beer shops around the country, and it's game over.

Is this an indication of how very far behind Sydney and New South Wales are in the good beer market? In the last six months I have visited Canberra and Brisbane, where I have found readily accessible retail ranges of beers with plentiful supplies far exceeding 366 unique brews to consume. So Sydney must be positively struggling!

This year-in-beer concept is nothing new too. A quick Google search will lead you to an internet littered with blogs of people from across the globe attempting the same thing (and completing it easily).

To bore things further, since 15 December 2010 when I began logging my beer drinking history via the app Untappd I have consumed 818 unique beers (without "cheating" to record any back-history). During May this year alone I drank 170 new and unique beers (thanks GABS!), last month is was 98. OK, so I'm a beer nerd and clearly some level of alcoholic thanks to these stats. Essentially, I just love exploring all forms of beer, across all styles, specification and maker. I much prefer to drink a different beer every day to discover how it adds to the experience of our surrounds rather than some seemingly misguided blokey attempt at being "awesome"...?

Australia has a very rich brewing history. Indeed, a fascinating topic to explore. Much of it has fallen victim to big business, so I would rather read about the small brewing businesses that make it work. I encourage beer drinkers to try beers that embrace the art and science of brewing. There are great stories behind many beers, which is the part worth printing.

Maybe the only thing worthwhile from this Ellis/Maguire mission is the retrospective that it gives the drinker at the end - hopefully an appreciation for beer quality and diversity, as well as realising that all those mass produced brand-centric bland lagers that dominate our pub taps are really quite samey. Beer is much more enjoyable when the brewer's hands have crafted something unique to offer the drinker and there is something to learn from the result.

Don't get me wrong...as an aspiring beer writer I am completely jealous of Scott Ellis scoring publication in The AGE Epicure today. Although Scott seems to be a seasoned journalist for several mainstream newspapers, I would much rather read the insightful, accurate and up-to-date journalism of James Smith or Willie Simpson. 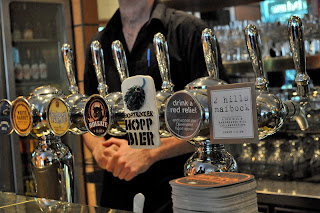 Over in the News Ltd Herald Sun, I enjoyed today's opinion piece by Susie O'Brien - "I gave my son alcohol... and he hated it" - (due to the pay wall you'll need to Google the title to view the full article.)

Susie is correct. Alcohol is not for children or teens. Nor is using controlled exposure as an education tool a form of abuse. Beer is an acquired taste, so it will be very rare for a child or teen to enjoy its fragrant bitter flavours (...why do you think mass beverage produces make sweet easy drinking alcopops?). Hence, an early controlled experience may help deter unnecessary deluge into beer before an appropriate age. Modern science has provided strong evidence* that the human body should be fully developed before processing alcohol.

Not sure why I'm on a cranky rant path today. It could have something to do with my career in Communications and desire to see much better, more accurate and quality communication for the merits of good beer. 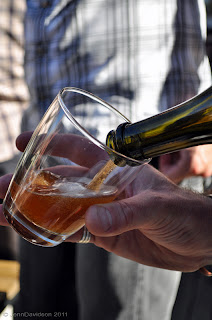