A quick shout-out here for two upcoming beer events that will hit Melbourne this month. Both will showcase the wonderful craft of beer, wrapped up in a bunch of good fun, good people and more (like food & music!).

First up, on Saturday 23rd July is the Woman of Beer brew day:

Following the success of the Beer Diva's Women of Beer show and the launch of the Barley's Angels Australia earlier this year, the good women behind these events have decided to brew a beer together. Awesome!

Initiated by Sam Füss, Head Brewer at True South Brewery, this will be the first known all-female collaboration beer brewed in the Southern Hemisphere. Under the Barley's Angels banner, they have chosen to brew a 9% spicy Belgian style tripel, inspired by the likes of La Fin du Monde, Chimay White and Westmalle Tripel. Eventually this Women of Beer brew will be bottled and sold with all profits going to charity.

The gang of female brewers and brewery owners from Victoria will be joined by the Beer Diva and Barley's Angels for a day of fun and feasting whilst brewing this big beer. Members of Barley's Angels are invited to participate in the brewing process, such as helping with hop additions.

There will be a special long lunch as well, an Argentinian BBQ held upstairs on True Souths function space, Mawson's Landing (booking required).

All are welcome to attend the brew day and lunch (male & female)...but don't expect to see any males touching the brewing ingredients or equipment.

The Women of Beer line up will be: 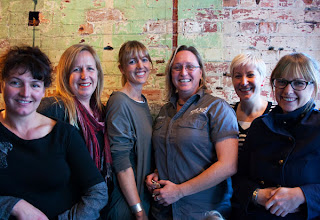 Closing the month is the Stone & Wood Festival of the Stone event on Sunday 31st July.

Stone Beer is a rich amber ale with a big caramel malt profile. It was my first experience of a beer from Stone & Wood Brewing and remains my favourite brew from the company, despite the intense love discovered for their Pacific Ale over last summer's bbqs. Stone is brewed once a year, during winter, in small batch and with flaming hot rocks added to the boil. The Festival of the Stone has previously just been held at the brewery in Byron Bay and helps showcase the Stone Beer release each year.

This year, the Stone & Wood crew and bringing a bit of the Byron Bay vibe to cold old Melbourne by holding a mini-festival party at The Workers Club in Fitzroy. The Sunday afternoon event will feature music from Jumpin' Jack, The Galaxy Folk and Tehachapi. It will also include a preview of the surf film El Mar Mi Alma (My Sea My Soul), which premiered at the Byron Bay Film Festival earlier this year. Of course, Stone Beer will be pouring a'plenty! 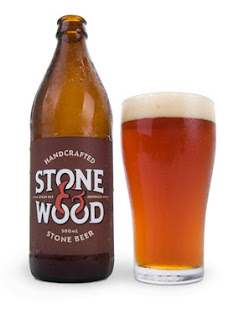 Both events should be a bundle of fun and another fantastic opportunity to mix and mingle with the local craft beer industry and supporters. I hope to see you there... 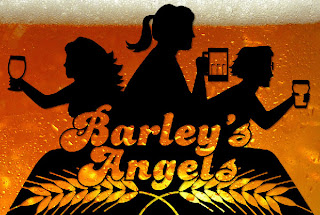 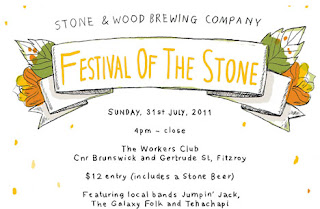