Papa vs Pretty is one of those bands that I heard on the radio and instantly liked...because they sounded different, thanks to the guitar rock and unique voice of lead singer Thomas Rawle.

The band has been on my "must-see-live" radar for over a year now, but their gigs kept clashing with something else. Finally I found a free weekend and a reason to return to one of my favourite local live music venues, the Northcote Social Club. Whilst the NSC has its detractors due to so-called pretentious and hipster elements, I love it because the little bandroom's sound quality and mix are always excellent. Also, the bar sells local craft beers from the likes of Mountain Goat, 3 Ravens, Prickly Moses and White Rabbit (a rare selection in Melbourne's genuine small live music venues)

We arrived at 10pm (after the first support set by Buchanan) to a full but not squishy-packed room. Despite the sell-out status of the gig, there was plenty of room to move and we were still able to comfortably access the front-of-stage so the wife could work her photographic magic.

Red Coats made an instant impression when they hit the stage, oozing confident energy and enjoyment. Their sound is hard to describe. It is something along the lines of heavy psychedelic stoner grunge...crossing Tame Impala with Karnivool plus bonus elements of Soundgarden and Led Zeppelin, as well as hints of Spinal Tap. Yes, 80's hair metal meets 90's grunge with soaring vocals, driving bass and an overuse of wah-wah pedal by the lead guitar. If this band wasn't so proficient, you may be inclined to think they are some kind of parody. But they are not. All their elements work very well together, ultimately providing a unique experience.

The foursome were confident and musically gelled together extremely well, maintaining an excellent sound mix. It was hard not to be drawn into the Red Coats' set, simply because they looked like they were having fun on stage. Big smiles and plenty of positive high energy body language. Almost any band with that atmosphere will provide an enjoyable set, unless their sound is exceptionally shit.

Overall, Red Coats music style and sound did seem a bit samey/one-dimensional, as every song flowed into the next. But they held my full attention for the full set.

Red Coats closed their set with TripleJ favourite, "Dreamsaker", which was received with gusto from the immersed crowd. Whilst not the type of music I would buy, they are certainly an entertaining live act and I'd be happy to see more of them. Great start to the night. 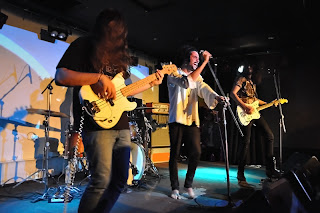 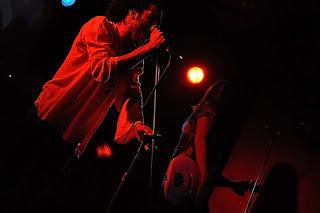 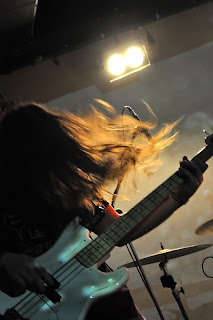 I love bands that instrumentally consist of just guitar, bass and drums. It's always been my preferred setup, from alt-pop-rock of early 80's U2 to 90's Something for Kate. Red Coats have this formula (with a non-live-musician singer), as do Papa vs Pretty.

I enjoy Rawle's unique vocals, but at times his voice is not quite strong enough to rise above the music in the live setting. His vocals were often drowned out by the band's louder moments, but it was a minor fault in the overall solid sound mix.

Their debut album's first track, "Life's Got A Hold On Me", appropriately opened the set with a short build into an energetic electric session.

The entire United In Isolation album was played throughout the set, along with their (TripleJ) radio hits from previous EPs. There was no holding back from performing their most well known radio hits early in the set, with "One of the Animals" and my favourite Papa vs Pretty track "Heavy Harm" appearing within the first few songs.

The very bouncy "Honey" highlighted the beauty of 80's guitar shredding in modern rock. The Galvatrons failed to integrate their 100% 80's hair-band guitar shredding sound into the current music landscape. Those synth kids tried to recreate the whole Van Halen-esque experience in their music, resulting in more of a novelty act than a serious 21st century new wave band. In contrast, Papa vs Pretty play their own style and sound but use a splatter of shredding riffs, solos, codas, bridges without over doing it, which works beautifully in the context of their often dark but lively songs (...it's rock!). It brought a smile to my face every time I saw Rawle's fingers go for some shredding action!

There was little banter between songs, other than the usual newbie throws of "We love [insert current city]. We love [current city] more than [a city that current city generally dislikes]."

They did seem a little awkward, maybe even subdued, on stage. I suspect that was a consequence of just being young and focusing on delivering their album to the "high expectations" of a Melbourne crowd(?). Despite some lack of atmospheric energy, they definitely delivered on the music and musicianship with a very tight set. Oh, and bassist Angus Gardiner was carrying a hell of a cold, so he did an awesome job to stay standing and in sync during the show.

Nonetheless, they showed plenty of potential and a little more experience will surely see them become quite big in Australia's indie music scene. I certainly hope so.

The other significant highlight of the night was the set closer, the rather epic unrecorded/unreleased "Kings". This was followed by an encore of "I Felt Nothing" and "You Are Not In Love Anymore".

It was a great gig, I thoroughly enjoyed the night.

It was a shame however that the last 86 tram to depart the NSC stop is at 12:29am on a Saturday night...! What's with that?!? Gigs don't finish until after 12:30am...so why don't trams run until 1:30am, like they do through the city? Annoying as! Good thing I was on a live music high. Melbourne's crap public transport system wasn't going to break my mood on this occasion...as we forked out for a taxi to get home.

Looking forward to rocking out with Papa vs Pretty again! 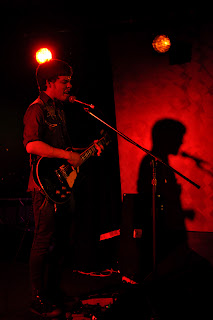 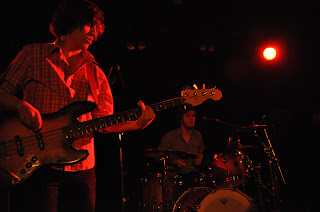 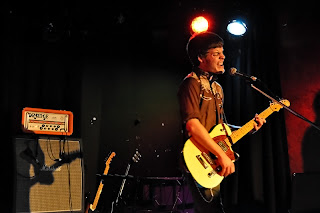 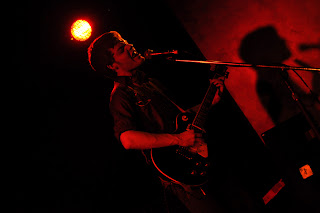 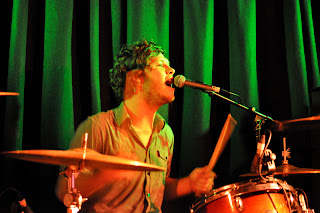 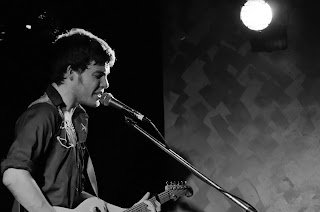 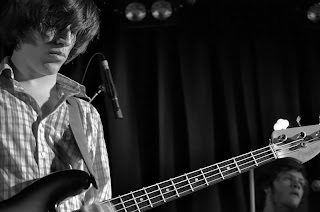 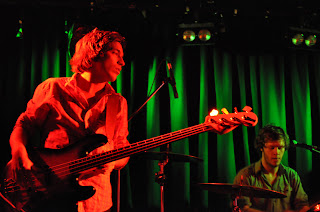 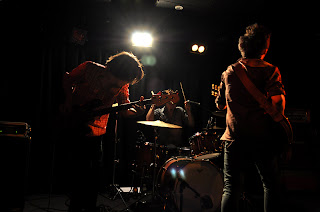 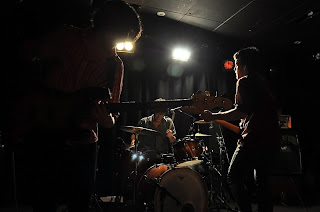 For more on Papa vs Pretty, check out the FasterLouder interview at: http://www.fasterlouder.com.au/features/28992/Papa-Vs-Pretty
at 11:05 PM