The inaugural Good Beer Week has come and gone...and it was brilliant! 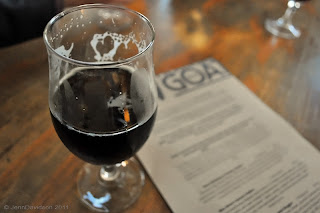 The Abbotsford Collaboration Ale by Mountain Goat, Moon Dog and Matilda Bay breweries.
Yes, Beer Bar Band was far too quiet during Good Beer Week (GBW). Sorry! I threw myself fully into the good beer celebration and festivities. Seven straight days of attending events and consuming plentiful good beer took its toll. My blogging therefore suffered as I wore myself out physically and mentally, as well as lacking any time and space to sit down and physically blog.

Thankfully, I have notes! The quality of these notes seriously degenerated towards the end of the week, but I still plan to blog about each of the GBW activities I attended. My posts will work backwards through the week, whilst those memories are freshest.

Overall, the week was a blast of fun and flavour. Although, I may have been lost in something of a schmooze-fest with brewers and industry folks for most of it. Australian International Beer Awards (AIBA) brought to Melbourne many notable and exciting people from the global beer industry. Hopefully, the success of GBW will cause the international guests to return home with very positive reviews, drawing back a larger contingent of the world’s brewing elite to our shores next year.

A special mention to the craft brewers of New Zealand who I met last week - as our "cousins" from across the Tasman sea, I found the Kiwis wonderfully approachable, genuine and generous. Their stories about the NZ craft beer scene put a visit to their country higher on my "to do" list.

A big shout-out also goes to the crew from Innspire, who showed Melbourne how to really party! They were responsible (in the best way possible) for me being completely worn out by Thursday morning.

Importantly, pretty much every beer I tasted throughout the week was fantastic. They all varied significantly, in many aspects, but there was not a beer that I could not drink and enjoy. This was the most rewarding aspect of the entire week, as the "Good Beer" Week lived up to its name.

Sure, there is room for substantial polish and restructuring before it all happens again, but the framework is there and was sufficient for the birth of Good Beer Week. Rest assured, a little bird told me that the planning and preparation for next year's GBW has already begun. Now that's saying something!

For what was essentially an unstructured festival that was thrown together in the space of a few months, by the passion of a couple of beer lovers, the week defied initial expectations. The concept sparked the imagination of many brewers, bars and venues. This in turn attracted crowds, curious visitors and locals to the places that are helping making beer in Melbourne so very good.

This is where my appreciation for Good Beer Week hits the highest note. The ultimate reason for starting Beer Bar Band was to share my experiences of Melbourne's beer and music scene in hope of opening up new locations, venues and experiences to fellow locals and readers. I want everyone to enjoy the awesome beers, bars and bands that Melbourne has to offer! The Crafty Pint's GBW Crafty Crawl had punters checking out bars, shops and breweries they had never been to before, as they hunted for the chance to win a big beery treasure.

The industry and marketplace has has a glimpse of the awesome potential and power of Good Beer Week (especially thanks to the AIBA gala dinner infiltration of the Beer Song video!). Now it is just a matter of keeping the festival true to the cause and preventing it from breaking out like wildfire (...moderation is always best)!

I learned much from last week's experience and look forward to being a better prepared and smarter beer writer during Good Beer Week 2012. Bring it on! 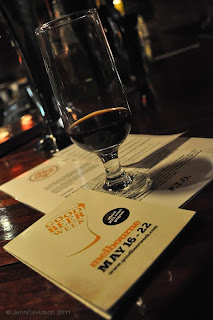 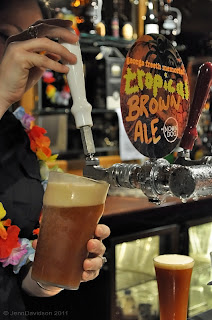 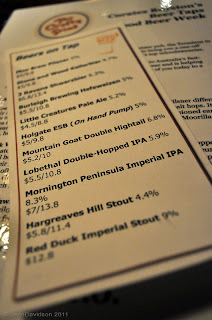 If you attended or were part of anything during Good Beer Week, I'd love to hear what you thought – good or bad. Leave me a comment or send an email. Cheers!
at 2:10 PM