I was extremely excited when I heard about the pending release of Beelzebub's Jewels from the Holgate Brewhouse team in Woodend, Victoria.

Holgate is a sentimental favourite brewer for me, simply because it was the first microbrewery that I actually visited. I instantly fell in-love with the deliciously sessional Big Reg (Vienna Lager) over dinner at their beautiful pub. Therefore, to hear that the Holgate brewers were releasing a very limited small batch of an extra strong Beligan ale, currently uncommon around the local microbrewery scene, my desire to try it was tenacious.

Using Holgate's Double Trouble (Belgian style Abbey Ale) as the base, the new Beelzebub's Jewels is a 12.5% ABV hand-crafted, triple-fermented barleywine, which was aged in Pinot Noir barrels from a local winery. Only 200 bottles have been produced for this year's vintage and it is being sold in hand-labelled and hand-waxed 750ml champagne-style bottles. I acquired two for the price $53 each on the day of its release at the start of April. With my funds very limited, this price (the most I've ever paid for a beer) made this a very-special-occasion-beer, only to be opened on a noteworthy occasion.

It took a little while to break through the wax to the bottle's lid, but that only helped increases the excitement of being able to drink this beer.

Pouring into small/short wine glasses helped highlight a delightful hue of ruby (hence the "jewel"?). Very rich in colour, but far from "dark" like a stout or Trappist beer, the clarity of this brew shone through like a gem. With a good thin caramel-tinged head, the appearance of the beer was nothing short of spectacular.

The aroma was expressive and very agreeable, dominated by malts, caramel and sweetness. Hints of the Pinot Noir was also evident.

The taste was bold and full or excellent character. Malt, fruit and caramel lead the flavour, supported by healthy tones of chocolate, spice, vanilla and something like raisins.

I found the alcohol to be very well balanced. It was noticeable, as you would expect for 12.5% abv, and definitely warming, but not at all overpowering or detracting from the elegant taste.

Expecting a full and heavy body, the result was actually quite the opposite.  The medium body and carbonation made this barleywine very easy to drink.

Wow, superb! Is there a better beer in Australia? Maybe...but I really do love this one and could drink plenty!

(I will declare that this is the first "barleywine" style beer that I have ever tasted. Therefore, I am not very well educated or experienced with the style. However, I now have also enjoyed the Flying Dog Horn Dog, as well as trying a couple of international Quadruples and abbey/trappist beers over the last few months.)

This beer is simply beautiful. Perfectly named, with the appearance of a jewel and the devilish punch that this beer packs (and not in a harsh way!), it is bold and full of character. You only need to drink a little to slip into an evident alcoholic high. I would almost consider it...angelic... 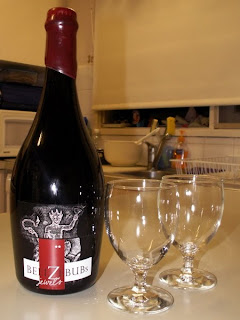 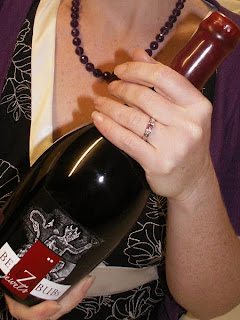 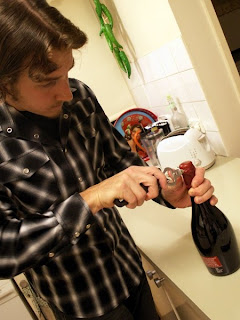 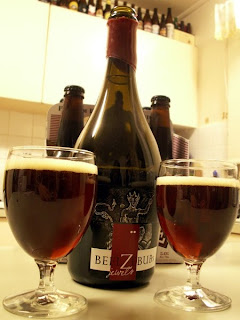 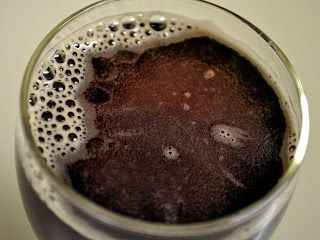 Beelzebub’s Jewels will be one of the featured beers available to sample at the at the upcoming BIG, BOLD BARREL AGED TASTING at Slowbeer on Wednesday 2nd June, which I highly recommend to any local beer lover!

Slowbeer's tasting notes for this beer can be found at: http://slowbeer.blogspot.com/2010/04/slowbeer-easter-edition.html
at 8:23 PM