Whilst staying with friends in Daylesford during March, we popped into the local Farmers Market on a fine and sunny Saturday morning, where I came across a stall for Dolphin Brewery. 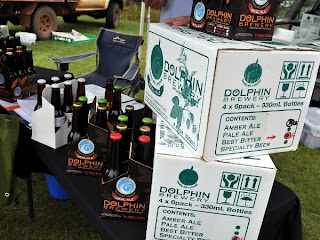 The stall was a welcome sight, just when I thought that I knew of all my State's (commercial) brewers...and therefore was unlikely to come across any "new" Victoria craft breweries anymore...I was very pleased to rediscover that my journey is far from over.

Regrettably, I was not very chatty on the day and my attempts to locate more information about Dolphin Brewery online since have been fruitless. Therefore, I have little information to share about the brewer and his operation, other than that he mentioned their bottle-conditioned beers come from many many years of brewing experience.

I suspect that he (said brewer) hales from the UK and possibly has quite traditional British brewing values and techniques. I also believe the brewer and is partner are currently brewing out of their residence and availability seems to be pretty much exclusive to the Daylesford area. However, I may be completely wrong here...am just guessing!

The Dolphin range currently consists of:

On tasting their samples at the stall, I appreciated some very flavoursome and nicely balanced beers. Therefore, I took home a 6 pack of the Shag and a mixed-6 of the others. 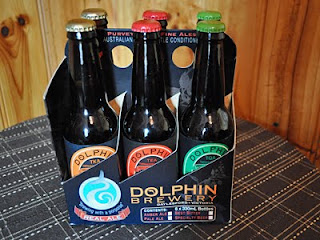 Back home, as I drank the Dolphin beers down, they didn't quite hold up as well through the entire bottle, providing some rough edges and several flat notes. Further, after drinking the mixed 6 throughout the afternoon/evening/night, I woke up a little sore-in-the-head hungover the next day - something which tends to be very uncommon these days when drinking quality chemical-and-preservative-free craft beers. Nonetheless, they were all enjoyable and provided some good character.

My favourite of the range was the Best Bitter Ale... 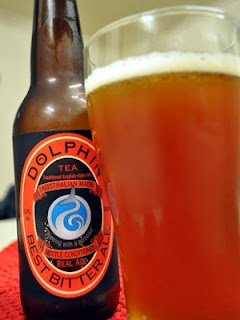 The Best Bitter poured a very hazy pale amber colour, with a healthy 2cm white head that reduced fairly quickly to a nice little head of just a few millimetres with no lacing.

The aroma was very floral and hoppy, supported by an initial good hit of hops and a rich taste. With medium to high carbonation, the Best Bitter Ale was drinkable, crisp and clean, ending with a bitter finish. Essentially, it was pretty much a standard bitter and not really "boutique" or clearly unique in anyway. However, I believe the beer did improve the more I drank it.

With this weekend's Hair of the Dog beer breakfast event (thanks to BeermenTV) only days away, I must also make mention of the Shag. 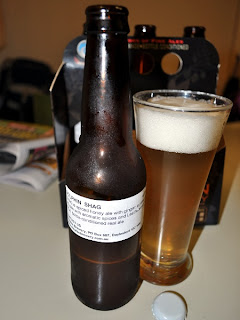 The label reads "SHAG is a spiced honey ale with ginger: a pale golden ale infused with aromatic spices and Leatherwood honey."

Pouring into a glass with a cloudy-golden-straw colour, the Shag provided a very big white head with excellent retention. Described by the brewer as a "breakfast beer" and originally inspired by the Montieth's Summer Ale, it certainly has a unique aroma mix of honey, herbs, orange and maybe some coriander, also possibly a little "wine-like".

The taste is fairly dominated by the ginger, with some good hops and spices as well. The Leatherwood honey noted on the label isn't strong, but it is there in hints.

The Shag is light in the mouth with medium-to-high carbonation. It is fairly easy to drink, and yes...it could definitely work as a breakfast beer, but I was left a little underwhelmed and would not consider it for a sessional beer. Still, drinking this brew over a hot English breakfast could potentially be just right!

All in all, whilst maybe not quite in the league of Victoria's prominent microbreweries, I do like the Dolphin Brewery concept, packaging and drinkability...and regard them as one to watch.

I do know that Dolphin Brewery is looking to purchase a property somewhere around the Daylesford area to set up a brewery and bistro, which I will certainly be keen to visit once it is in action. I can imaging that these brews will go down well from a tap in a traditional English style pub. 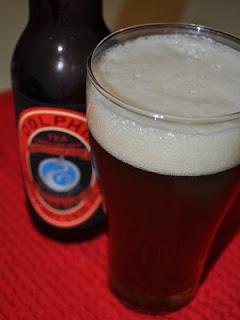