A quick update on the wife and my plan for A Very Beery Christmas, which I posted about recently.

Thanks to Ray, Bar Manager of Biero Bar, I now have a can of beautiful CRAFT BEER for our BBQ Beer Can Chicken... 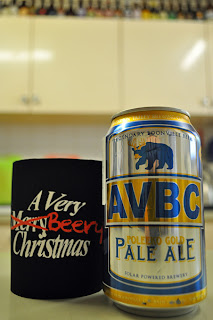 Hopefully this can will actually last until Christmas Day...because I am awfully tempted to crack it so I can finally try craft beer in a can. But yes, THANKS RAY! Biero once again proves a treasure trove of good beer.

Also, last weekend the wife baked a trial run of Welsh Rarebit for our Christmas Lunch starter. Inspired by the rarebit found on the Red Hill Brewery menu, she first baked bread from scratch using the Bridge Road Brewers Beechworth Pale Ale and the sauce using the Jamieson Brown Ale. It all worked beautifully... 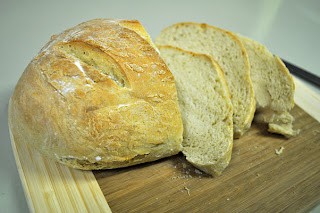 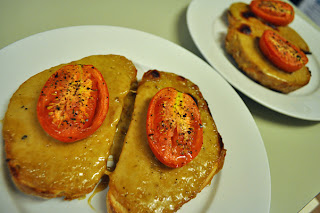 Welsh Rarebit, cooked using the Jamieson Brown Ale.
In other Christmas beery news - I picked up an early Christmas present for myself from Slowbeer today: 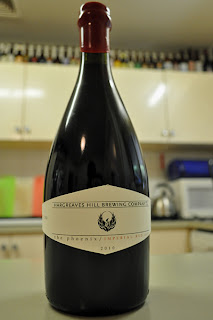 The "Phoenix" Imperial Red Ale by Hargreaves Hill Brewing Company.
I am not normally one to splash out on such an expensive or high-end beer without really knowing anything about it...but I respect the recommendation of The Crafty Pint who notes "...we don't do reviews at Crafty, so we'll just say no self-respecting beer lover should miss this: Hargreaves Hill Phoenix"

This very limited Imperial Red Ale has been brewed to mark the one year anniversary of Hargreaves Hill's return to brewing following the destruction of the original brewery in the Black Saturday bushfires of 2009.

I scored bottle No 45 of 350. They will not last long at all. So if you're keen to buy one...get along to the good beer shops very very soon! I think this particular bottle will do nicely to see in the new year.

And if you can not afford the Phoenix or miss out...then I highly recommend the latest Rare Breed offering from Mountain Goat, who have come full circle with their 4th release of their speciality seasonal brew. When they released their first Rare Breed just under a year ago, Mountain Goat started with an India Pale Ale, which is now back and just as deliciously brilliant as before. For only $10 a bottle, it is a special beer worth enjoying during these cooler Summer days! 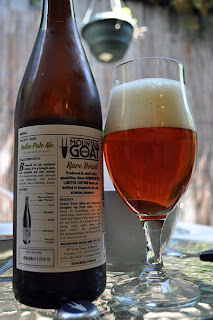