The Jezabels have come a long way since I first saw them play live 18 months ago, yet they are still very much the same...which is excellent.

My first Jezabels experience was back in May 2009, when they supported Josh Pyke at San Remo's Westernport Hotel during the regional leg of Pyke's Chimney's Afire Album Tour. I knew nothing of The Jezabels at that time, but was immediately taken by their unique and vibrant sound, leading me to buy their debut EP after the gig.

I caught them again, this time as the headline act, at The Workers Club in December of last year, where they modestly lifted the roof off the tiny room. At that time they still possessed a bit of shyness on stage but displayed their improved cohesion as a band and with their sound.

This week's gig was the third Jezabel's show in a row at the East Brunswick Club, after quickly selling out both the original Friday and Sunday shows. This is surely a testament to how this young Sydney band's aura and performances are drawing huge interest and a worthy following.

The night kicked off at 8pm with first support, Fuzz Phantoms, providing a solid and energetic opening, despite barely 20 people gracing the room. I enjoyed Fuzz Phantoms, a Melbourne 2-piece (drummer and singer-guitarist, with a guest bassist/backing-vocalist), but I doubt they will set the world on fire in anyway. They have quite a generic post-90s-alt-rock sound and style, which will probably make you feel like you've seen plenty of this type of band before (especially over the last 10 years). Close comparisons to the voice and style of Kisschasy rang through my head.

Fuzz Phantoms ripped through their 30min set with songs from their debut self-titled album (due to be released next year), including "The Valley", "Disconnect" and "Ecstatic". I felt drummer, Tahlia Shaw, was a little heavy-handed and needs to finesse her action a little. Nonetheless, their set was tight, enjoyable, good local rock and an excellent set-up for the night.

Yeah, I did enjoy the Fuzz Phantoms set and will be happy to see them play again...for sure. But it is a good example of how a more unique band, such as The Jezabels, will go further by capturing the attention and interest of the wider audience by their distinctive sound and intriguing songwriting.

Second support, Two Hours Traffic, an indie band from Canada, were not really my cup of tea, primarily due to an overly harsh, sharp loud sound. I am not sure how much came from effects pedals (not much, I think) as it mostly seemed to be painful speaker distortion of the raw sound. I love raw and loud dirty rock (e.g The Drones!) but this was just uncomfortably loud and rough with such high pitch tunes (...and not "dirty"). I just think they tried to push a clean pop-rock sound over the top.

When Two Hours Traffic first hit the stage, looking like alt-College boys in sneakers, they were rather expressionless and almost looked bored...or is that just the style? Musically they were a mish-mash of various North American genres. Their first few songs shouted "Weezer" to me. Later in their set they did liven up somewhat, as their sound went down a bit of the alt-country-rock path. During one song I wondered if they were covering Bryan Adams...? Hmmm. Ok, Two Hours Traffic were not terrible, I just thought they were trying to do too much.

Just before 10pm, The Jezabels hit the stage to a very enthusiastic reception from the now packed bandroom.

Opening with "A Little Piece", each song from their latest 5 track EP - Dark Storm - was played during the set.

After the bouncy disco of their first EP, The Man Is Dead, and the mellow rock of She's So Hard, these new songs, especially the beautiful "Sahara Mahala", really showcased a more atmospheric style for the Jezabels, which they have eluded to with some of their previous tracks, but never really nailed until now. "Disco Biscuit Love", the song from their first EP that really got them noticed by the TripleJ crowd, was bumped up the setlist to provide a bit of bounce and crowd reaction after a slower start

The Jezabels are are talented bunch and they are now jelling together fantastically as a band, obviously as a result of their relentless touring and performing over the last 2 years.

Lead singer, Hayley Mary, has really come out of her shell and become much more animated. Despite her small build and slight frame, it is her impressive massive voice that captivates all listeners.

The fast and technically proficient hands of drummer, Nik Kaloper, are a joy to watch as he drives the band!

Heather Shannon's keyboards are nicely understated yet have definitely been exploited well for the moody and atmospheric newer songs. Her vocals and harmonies work very well behind Hayley's.

And I'm a big fan of Sam Lockwood's rythmn and riffing guitar playing on his Telecaster. Sam's playing never takes over the music or puts him in the spotlight but he is the glue to the Jezabel's sound.

The biggest reaction from the audience clearly came for the band's most well known tracks of "Mace Spray" and "Hurt Me", thanks to their high rotation on radio stations like TripleJ.

Whilst the crowd may have been fairly subdued towards the end (it was a Monday afterall and their were plenty of sleepy faces around, including me), their was plenty of genuine desire and enthusiasm for more! However, there was a week-day curfew and the band must have been exhausted after 3 gig nights.

They wound down the night nicely, under dim lights, with "Violet Dream" and "Dark Storm".

Ultimately, it was a very satisfying gig...another quality live set by The Jezabels and a great night in general. 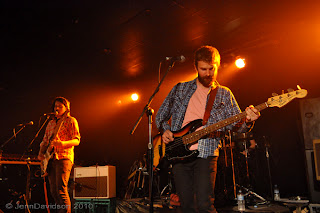 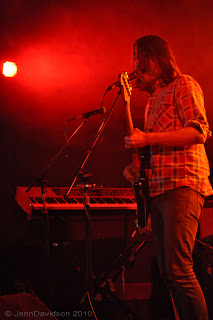 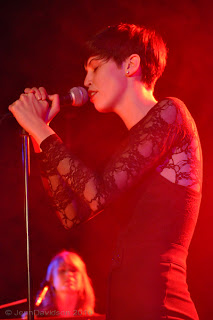 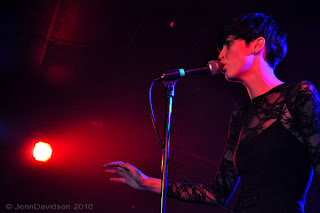 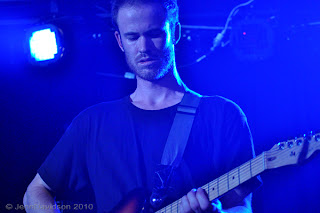 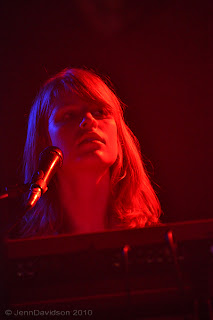 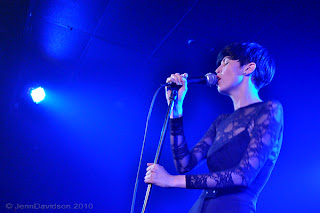 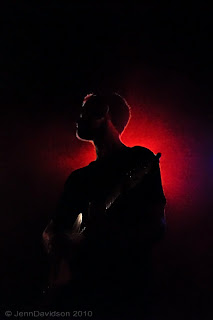