Beer - Get down with Brown on October 21

Tomorrow, Sunday 21st October, is Brown Ale Day! Join us in celebrating this too often underrated yet richly diverse category of beer style by simply drinking a brown ale.

Why is it Brown Ale Day tomorrow? Well, Jenn simply decided that it would be! It is nothing official or formal. There are no events, no website or statement of purpose and no organising committee. It is simply a random day that we've set aside for drinking just brown ales and calling for others to do the same, because this unjustly under-appreciated beer style needs more exposure and support.

Over the last few years there has been a growing number of celebrations for craft beer and beer styles, primarily driven online. Following IPA Day and International Stout Day...Jenn asked "why isn't there a brown ale day?". She loves the brown, more than anyone else I know. Brown ale is also the style she most commonly uses for cooking because of it's versitility in food.

So now we're extending the concept and declaring a day of brown beer for October 21, simply because the open forum of the internet allows us to do so.

For the full short-story of our Brown Ale Day's origin, read Jenn's post at Soaked in Beer: Celebrate the Sedate – Brown Ale Day


Tomorrow we encourage you to drink a brown ale - maybe one you've never tried before, maybe a local favourite - drink it and share something about it online.

We will be lining up a selection of brown craft beers from Australian brewers. 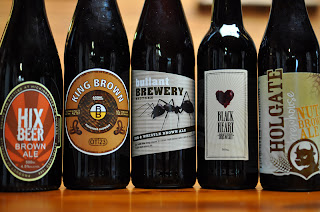 Local breweries that produce a brown ale are in the minority. There are certainly many more browns available now than there were two years ago, but that is primarily just a reflection of the recent growth in the craft beer industry. Nonetheless, the brown ales currently available on the market are all diverse and wonderfully drinkable.

We've done our best to track down every available packaged brown ale from Australia. The only browns we could not find at this time were the 2brothers James Brown, a strong Belgian brown ale made with banana lollies which is a very limited seasonal and it's the wrong time of year, as well as Murray's Angry Man Brown Ale which we haven't seen in Melbourne for a long time (about since the Murray's Pale Ale was rebranded with an Angry Man label as well). 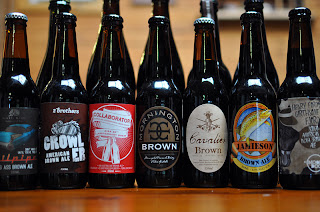 Anyway, there is plenty here to fully brown up our day in different ways!

Social media will be the outlet of our brown celebrations. Find/follow/connect and all that at:


Other online channels to share brown ale experiences tomorrow include posting pictures and words to the likes of Tumblr, Flickr or your blog. Go on, make a big brown blog!

To link in with our Brown Ale Day, use the hashtag of #BrownAleDay when posting your brown drinking thoughts and experience on Twitter or Instagram.

Oh...and there is so much more beyond the sad old Newcastle Brown Ale! Brown ales in the crafty 21st century is much more interesting... 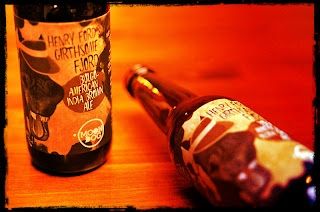