Yes...*cough*...the dust sure is building up around here at Beer Bar Band. But never fear, I'm on my way back! (like you care!)

It has been a massive couple of months in this BBB blogger's world. Firstly, the wife and I bought our first home then we ran our first half marathon. We have also judged a homebrew competition and enjoyed a bunch of excellent beer events, new beer releases and, of courses, great gigs.


The Festival of the Frothy celebrating The Crafty Pint's 1st Birthday:
A huge beer trivia party night in The Atrium at Federation Square was held in honour of The Crafty Pint website's first full year of sharing the good word about good beer in Australia. The crowd was packed with familiar beer-loving faces and the beers flowing from the Beer DeLuxe taps (exclusive to attendees of the event on the night) were spectacular, with very special mentions going to the Feral Brewing King Brown (Barrel-Aged Imperial Brown) and the Moon Dog Brewery Perverse Sexual Amalgam (black sour beer). Most of all, the simply awesome people of Holgate Brewhouse provided 30 bottles of their decedent 12.5% Beelzebub's Jewels, one for each table, to enjoy with a cake that had been baked using the same beer!

Our table of tweeting beer lovers, writers and home brewers (team name: "Feeling Frothy...in my pants!") finished around middle of the pack in the trivia stakes, but the social fun, solid organisation/coordination by Beer DeLuxe & staff and good beer was the winner all round.

After attending several Fed Square Microbreweries Showcases I thought I had seen it all. However, the 2 held this year have both thrown up plenty new and interesting options to explore. Hence, I am back to being an excited attendee every time his Showcase comes around. Tasting highlights from this week included the new Golden Ale from the new Two Birds Brewing, the Bridge Road Brewers & Nøgne Ø collaboration brew, an India Saison, Moon Dog's non-barrel-aged Black Lung smokey porter (can't wait for the business!). It was also great to meet Paul Mercurio, who was there for his book "Cooking with Beer", which the wife loves and has used to cook several delicious beer infused recipes with. Delicious!

For future events, check out: www.fedsquare.com/beer 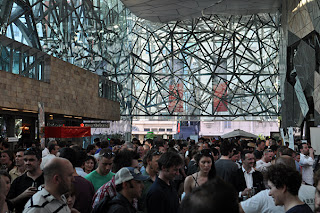 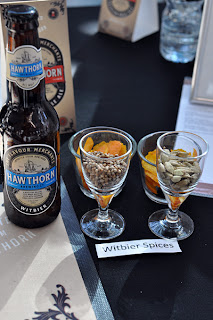 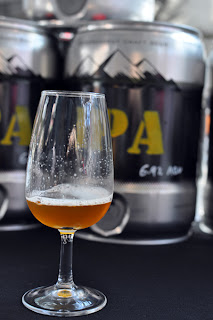 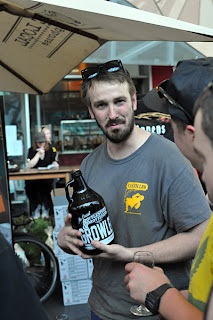 The Drones "A Thousand Mistakes" tour gig at The Corner Hotel last Friday:

Yep, just another great gig by The Drones, with the added bonus of a fantastic set list of rarities, including the semi-epic "Luck in Odd Numbers" from Havila and "Sitting on the Edge of the Bed Cryin" from Wait Long By The River.

The sound was surprisingly excellent (for the sometimes patch Corner bandroom, depending on your position) and the energy was all there. Several broken strings slightly dampened the ending of some songs yet showed off the vigor that the band was playing with. I even drank a few stubbies of Melbourne Bitter during the gig...because The Drones and MB just go well at midnight. 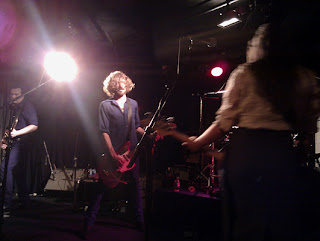 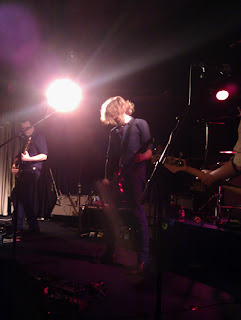 The gig ended with a very RocKwiz moment, as support act Adalita joined The Drones on stage for a cover of Bob Dylan's "Oh Sister". Great stuff! 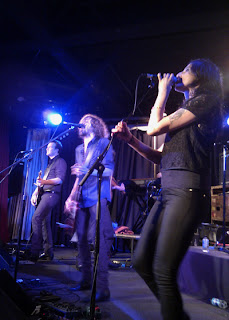 Yes, so much good beer continues to flow around Melbourne at the moment, primarily thanks to the huge rise in growler stations over the last 6 months. I have now made good use of draught beer fills from growler stations at Slowbeer, Blackhearts & Sparrows, The Local Bottleshop, Chapel St Cellars and Holgate Brewhouse. Still keen to make use of the Bridge Road Brewers growler station at McCoppins in Fitzroy.

I have also taken on a slightly bigger role at the back-end of Australian Brews News as a pseudo Assistant Editor (or is that "Assistant to the Editor") support role and am very excited about further expanding that area in future and my beer writing in general.

Oh, by the way, for beer loving podcast listeners out there...check out the Radio Brews News podcasts for some interesting local conversations about all things beer, hosted by Matt and Pete. 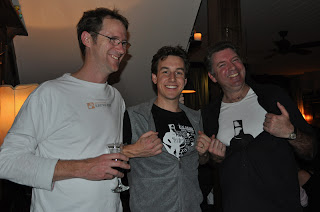 Your BBB blogger in-between Matt and Pete aka Prof.

Next week we move into our new home. It will be a huge change but will also provide me with more time and space to commit to this blog...and more.

All my life I have lived in the inner Melbourne suburbs, where the beer/bar/bands scene is plentiful, vibrant and accessible. For the sake of affording a decent sized house, we are now moving out to the hills and the very outer Melbourne suburbs, where my styles of beer bar bands are less present. Thankfully, my new suburb actually has some good beer, a bar and bands...and a whole bundle of potential!

Yes, I suspect I will soon be reviewing and even "part of the furniture" at Oscar's Ale House, rocking out during countless gigs at Ruby's Lounge and buying plenty of good beer supplies from Olinda Cellars...maybe!

I will definitely miss living walking distance from my local beer bar band central of the past 4 years: Slowbeer (ok, only been open for a year, before that it was Dan Murphys), The Royston Hotel (*love*) and Mountain Goat Brewery (more Double Hightail please!)


And now starts my quiet campaign for a craft microbrewery with a cellar door or bar out in the Dandenongs...

...maybe something as exciting and fun as the good good men of Moon Dog Craft Brewery