Hoppy International IPA Day, Australia! I am blogging this whilst at the Holgate Brewhouse in Woodend, drinking a pint of the hugely flavoursome, HOPPY but malty, Hopinator Double IPA. Mmmm delicious (...how beer should be)! 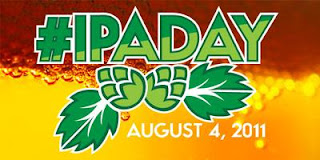 For a helpful introduction to International IPA Day, check out the info and links provided by fellow local beer blogger - Ale of a Time: http://aleofatime.com/2011/07/31/ipa-week-2011-bridge-road-brewers-bling-ipa/

And even more from Passion for the Pint: http://passionforthepint.com/ipaday/

...or visit out the #IPADay (yeah...it's a social media thing) event page at: http://ipaday.eventbrite.com/

For my part in this celebration of the hops, India Pale Ale style, here are some brief reviews and tasting notes for various IPAs that I have enjoyed in the last few weeks... 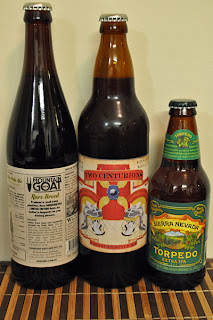 Mountain Goat Rare Breed IPA (5.7% ABV, 650ml bottle) - Ahh the local...beware of my favouritism! The wife and I are actually house hunting at the moment...which will (most likely) see us soon move far away from the beery riches of Richmond, which includes the magnificent Mountain Goat Brewery warehouse. It is a painful thought...after years of being spoilt by local craft beer accessibility, but we're now making the most of whatever time we have left with the 'Goat as our local.

The Rare Breed IPA pours a lightly cloudy, red-brown colour with a big frothy head. The aroma is fairly flat with some sweet sugar aroma from the crystal malt and hints of pine. The Cascade and Galaxy hop aroma opens up a little when the beer warms and is more evident in the mouth. This beer has has quite a thick, big body. The bitterness is big and the finish is short. It is very easy drinking.

This beer can divide the beer nerds on whether it is an average or excellent IPA. It has also been relabelled for the American market as an "Australian Pale Ale", because it doesn't fit the American IPA guidelines. For me, it is very enjoyable drinking. 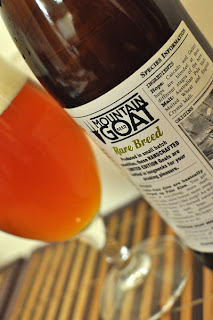 James Squire Brewhouse Two Centurions American Style IPA (6.8% ABV, 640ml bottle) - This was a very limited release beer brewed last year on the Malt Shovel Brewery owned brewhouse, located in the James Squire Brewhouse (Portland Hotel, Melbourne) by Dave Edney, who is now the head brewer at Mountain Goat. It was only available on tap at the Portland Hotel but is now being given away in bottles by the pub via twitter and facebook freebies (because the pub can't sell it due commercial issues with Lion Nathan). Jenn and I both won bottles via twitter giveaways, which we picked up on a recent Sunday, over a good chat with bar manager, Dave Langlands.

(For more info about Two Centurions...check out the article I posted about it on Australian Brews News last year.)

Two Centurions pours a cloudy rusty amber. It has a good creamy off-white head that leaves plenty of lovely lacing. Both the aroma and taste are dominated by earthy and tropical fruit characters, like grapefruit and orange. The flavour is quite sharp and includes ripe tropical fruits. Full bodied with medium carbonation and a medium length finish, the sweetness comes out more as it warms. The hoppiness of the beer from last year, when it was fresh, has now been lost, but it is still an easy drinking yet provides a distinct flavour. 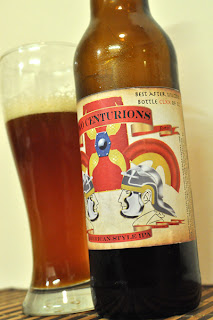 Sierra Nevada Torpedo IPA (7.2% ABV, 330ml bottle) - WA based distributor, Phoenix Beers, recently acquired the account to import and distribute Sierra Nevada beers throughout Australia. Until a few months ago, any Sierra Nevada beers found in Australia were "grey market" products, brought to the country by third parties against the will of the brewery. Now, Phoenix legitimately provides Australia-wide access to these highly regarded American craft beers, which includes distribution through the everywhere Dan Murphys, that to their refrigerated import channels.

Torpedo pours a clear copper brown with a big white head that leaves good lacing. It certainly looks impressive. The aroma is of herbal and spicy hops, honey and some mint. It is a big IPA built around a malt backbone that is light in the mouth and on the palate but richly flavoursome. The aroma and taste is full of classic American hops characters found in their popular craft beers. As Torpedo warms there is a bit of alcohol on the nose. It is full bodied and the balance is excellent. Quality, consistency and balance is very important to the Sierra Nevada company, and this beer is a very good example of finely made beer. 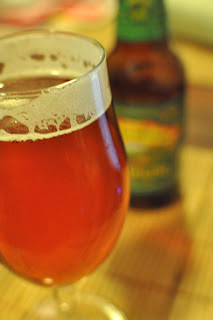 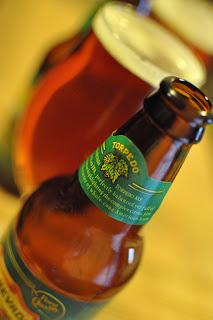 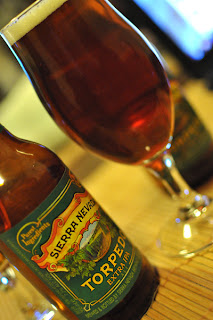 Holgate Brewhouse Hopinator DIPA (7% ABV, on tap) - Take a caramel malty English Pale Ale, load it up with American Hops...then double it (over 7 hop editions during the brew)...and you have the very well balanced Double IPA that stands alone in the Australian IPA landscape. on Australian Brews News: Winning over Australia with Hopinator

Today we are drinking it on tap at the Brewhouse (Keatings Hotel, Woodend), served through their homemade randall hop infuser filled with their homegrown Hallertauer hops. 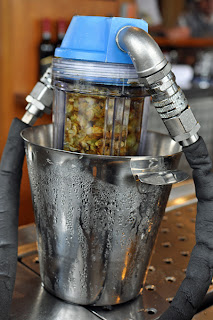 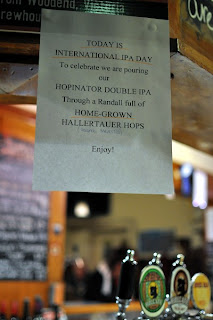 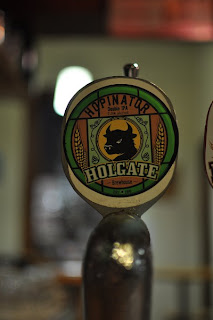 Finally...since Black IPAs have been the flavour of 2011 around Australian craft breweries...I must note that the Mountain Goat & Thornbridge collaboration brew, Thorny Goat, is still drinking superbly! We are down to our last bottle. The hops have mellowed off significantly, but it terms of complexity, balance and length...this beer is still one to savour, 4 months after it's release: 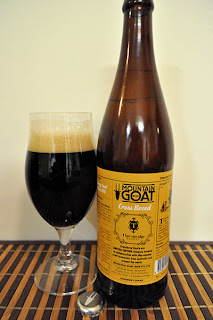