I headed back to the Mountain Goat Brewery on Friday night, once again with the aim to try the Fancy Pants Amber Ale.

This time I had confirmed via Twitter that I would succeed in my mission, to sample this special small-batch brew, because it was "Fancy Pants and Peking Duck Friday".

Joining a big crowd for end-of-week-drinks at the Goat Bar, I ordered a pint ($9) which poured a deep amber colour, copper tones, with a solid head of just under an inch. The beer looked good sitting on the bar in the pint glass, but the smell didn't give too much away. I was expecting much from this beer, maybe too much. I knew it had a very good reputation and I had wanted to try it out since Summer began, more than two months ago.

The first taste provided a solid hoppy taste, sharper than your standard Amber, but was lacking the complexity and depth that I was expecting. In my mind I had interpreted the "fancy" as "smooth and light but full of flavours". However, it was quite the opposite.

The Mountain Goat team explain that this beer is made with Vienna and Crystal malt, plus plenty of Cascade hops which are used throughout the boil, hopbacked with Galaxy and Riwaka flowers then dry-hopped it in tank with more Riwaka flowers. "It’s rich, malty and fruity", a statement I certainly agree with, but not to the extent that it made the beer overly special.

On the positive side, the absence of any initial surprise or impact from this beer was offset by the increasing enjoyment for it as I drank more and more. Yes, this is definitely one of those beers that gets better the emptier the glass becomes. Further, the 4.9% ABV provided an excellent balance for this beer.

Although not quite what I was expecting in terms of deep flavour, the Fancy Pants is indeed another great brew from the Mountain Goat team, but they have produced better beers. I'd actually recommend enjoying this beer by the pot. 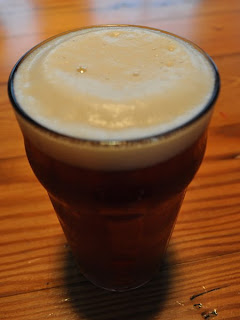 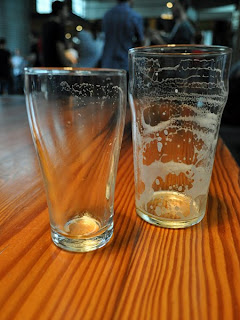