Like many of the bands I blog about here, Lawrence Greenwood’s band project – Whitley – was first experience as a support act. The impressive tunes of the then unknown artist lead us to buy the Whitley albums and become fans of the always entertaining his gigs. Although Whitley implies a band and a music concept, Lawrence Greenwood himself was really always Whitley. He is the constant and creative owner-driver behind the name and often performed solo as Whitley.

Whitley released two eloquent and expressive albums, The Submarine and Go Forth, Find Mammoth, which were very well received but many critics. Both albums remain on high rotation across my personal playlist.

The last Whitley gig we witnessed was an excellent night of dense sound at The Corner Hotel in November 2009 for the Go Forth Find Mammoth tour (which Whitley later shitcanned due to a seemingly unresponsive crowd of hipster wankers...more on that later...). In early 2010 Greenwood announced that he would end the Whitley name/concept with one final national tour, which we missed in favour of running away to get married in Far-North Queensland.

So, Greenwood took his leave from the Australian music scene and hightailed to Europe. He left in search of lyrics plus a new sound and experience through which he would create a fresh solo release under his own name. Unsatisfied with the result, he had returned to Australia for Christmas and reset his course for creating a new album in Peru during 2012. The return home provided Lawrence with an opportunity to reform the original Whitley crew and play the old songs to their Melbourne friends and fans one more time, with all proceeds from the gig donated to charity to help underprivileged children in Peru.

Like many others, we snapped up tickets for this reunion show at the Northcote Social Club, where I’ve never seen a bad gig. And despite Greenwood's flustering after a year of not playing live, this gig was no exception.

First to grace the stage on this sold-out night was brand new band Lester The Fierce. Similar to the Whitley concept, this recently formed foursome supports the lyrics and music of their driving force, the brooding vocalist Anita Lester. With dark poetic lyrics scored by their soft alt-rock sound, Anita’s quality voice and musical mindset has clearly been shaped by that of Kate Bush, Florence Welch and maybe even Katie Noonan. 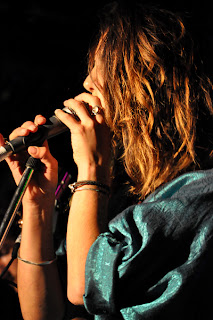 Their songs were constant and tight, presenting their own unique musical flavour and presence that also felt somewhat nostalgic. I enjoyed Lester The Fierce, they were something new without trying to be anything other than a band playing their songs.

Their last song was their first single, “Holland”, which provided the best example of the Lester The Fierce ethos. With lyrics that cry to be heard, it featured Flo-like harp strings and a sweet and slow building bombastic drums driven by a simple acoustic guitar riff.

Anita Lester will be one to keep and ear out for. Her band has a unique sound but it still needs to develop along with their stage presence. All up, they played a solid set and proved to be a quality lead-in for Whitley. 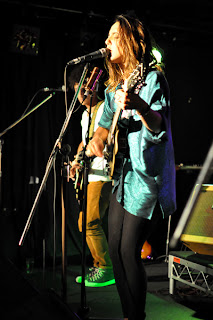 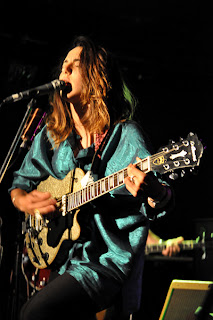 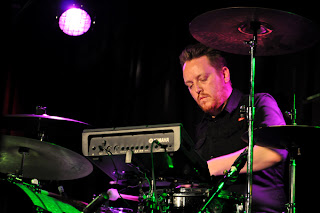 Lawrence Greenwood and his Whitley crew spared no time reclaiming their welcome place on Melbourne’s live music stage, launching into the lush and loud “Killer” from Go Forth Find Mammoth. A sigh of relief came as the awesome sound told us that this gig was that real deal, not just some random afterthought.

The set continued with the hits and favourites from the second album, including “Bright White Lights”, “I” and “Poison In Our Pocket”. The band apologised for being under-rehearsed. Rehearsals, they declared, had involved more food and beer and actual refreshing. Thankfully, there was no need for the apologies! The talented band played as though they had never stopped touring together and playing live. The vibe of the gig was positive and friendly. If there was a stuff up, it was barely noticeable and/or no one cared. The crowd had no great expectations. We all just happy to be seeing Whitley play live again. 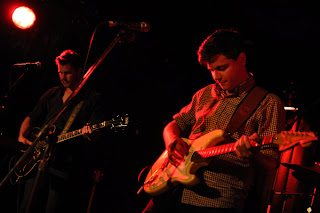 Greenwood has stacked on the kilos during his sojourn, of which he was happy to make light. He declared himself to be not match-fit for a live gig. Refreshingly, he seemed brighter and more at ease with his allotment in life than the former Whitley. I suspect this has been from the perspective provided through seeing more of the big bad world...and it has served him well. Most of all, his voice was unchanged. Vocally, Whitley remained perfectly in-check, a powerful demonstration of a quality voice. 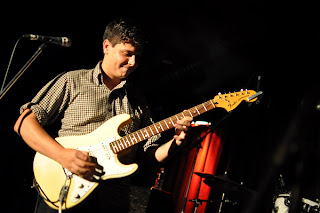 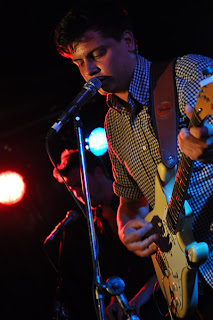 Muddled and surrounded by a stage full of lyric sheets (from which he could never find the song he was looking for) Greenwood was nonetheless in fine form. He played every song in his entirety without any fault that I could detect.  The sound had some raw moments, but the mix was great and the music did not disappoint.

A call to the audience for requests during a bracket of three solo songs lead him to signing a new song. Once again Greenwood became flustered at the requirement to recall the chords and lyrics, yet when he started there was no reason for any concern. With his eyes closed, the quiet song came to life beautifully.

The diverse crowd, probably of the older and “plainer” leaning for a Northcote gig, was chipper and appreciative. Loving random heckles gave Greenwood plenty of opportunity to show-off his quick sense of humour that could match a seasoned stand-up comedian. Having been away from the stage for a year, tonight he seemed a little less ready to react at first, but he soon found his voice and remained as entertaining as ever. He was definitely less bullish than in the past, which I suspect is a consequence of some calming and maturing travels.

Greenwood is well known for his jocular attempts at controversial shit-stirring during gigs. He has often made absurd attempts to alienate someone in the crowd for no good reason other than sly entertainment. Back at that Corner Hotel gig in 2009 is was something about mums and kittens. This time, in the heart of hipster central Northcote, highlighting his enjoyment of the night's audience atmosphere, it was the perfect poison arrow line of: "I’m so glad you’re not all hipster cunts. We have an enemy and we know now who it is.” It clearly struck a chord with several in the crowd, whilst most had a good laugh or a little cheer.

Moving on...with the full band back on stage, “Head, First, Down” had the audience in full voice, as the band continued to demonstrated their natural ability to play together tightly, rehearsals or not.

Older songs dominated the second half of the gig. “All Is Whole” from The Submarine was given new life with an impressive jazz-like drum solo. It was a special moment in the gig as drummer Andy Reed took free reign to craft a relaxed yet rudimentary, crescendoing snare driven solo. It has been far too long since I’ve witnessed a fine long drum solo at any small live music gig! MORE, I call for!

“Lost In Time” had everyone lost in the Whitley timeline. The track was played as though it had just been released, taking us back to Whitley’s beginnings. The song would have been a very appropriate finale, but there was room for one more…an encore without the charade of the encore. Greenwood remained on stage, rightly deciphering that the context of this gig did not need him to depart-and-return at our educated begging. 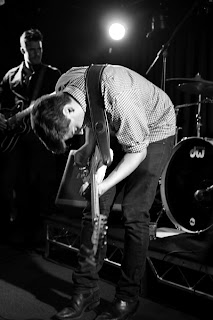 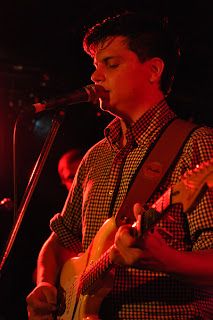 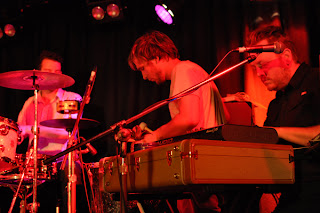 The gig was closed with the opening track from Whitley’s debut album and fan favourite, “Cheap Clothes”. It provided a warm and fuzzy ending, leaving us satisfied and grateful that we had experienced what was not due to be experienced. This one-of gig was entertaining, fun and musically excellent. And it was all for charity. 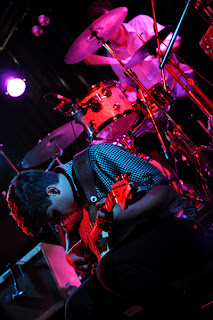 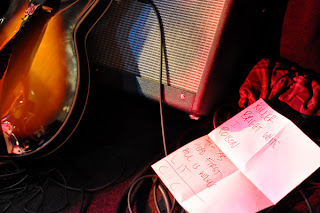