I have been something of a lazy blogger recently, enjoying so many amazing beers from around the world and not sharing them. Sorry!

Post-Christmas I sought to minimise spending on beer by sticking to local sessionable beers for warm weather drinking, which would not break my bank. Therefore, I saw out mid-Summer with a good filling from the likes of Stone & Wood Pacific Ale, Mountain Goat Hightail and Steam Ale, Holgate Mt Macedon Ale and Little Creatures Pale Ale.

More recently, I have rediscovered a serious craving for big and flavour-packed beers of the highest quality, which are generally more expensive to drink on a regular basis. Hence, to the detriment of my credit card, I have jumped back into my journey of beer discovery, exploring some of the big names in craft beers from around of world, many of which have been on my "to do" list for far too long.

Here are some indulgences that have impressed me most...

The Rogue Juniper Pale Ale is an excellent American Pale Ale regardless of the juniper character. Relatively mild overall, the Golding and Amarillo hops are the predominant character. Spicy elements compliment the soft juniper notes and caramel malts balance the beer with a well rounded mouthfeel. I could consume plenty of this Juniper Pale Ale and look forward to drinking it again. 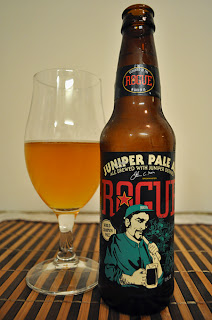 The Tall Poppy India Red Ale is the latest impressive offering from Danish-born now New Zealand-based Søren Eriksen, under his own 8 Wired Brewing label. Søren is also an Assistant Brewer at Renaissance Brewing, where he brews the 8 Wired range under a contract arrangement. Every beer I have tasted so far from 8 Wired (HopWired IPA, Big Smoke Porter and ReWired Brown Ale) have all been fantastic.

The Tall Poppy is a cross between a Red Ale and an Indian Pale Ale, with a warming 7% abv. This beer is delightfully red, flavoursome and quite unique. Malt driven but with lovely citrus and pine aroma and then a big hoppy taste, this is the most interesting beer I have tasted in months! The very long finish will keep this beer in your mind for an extended period. 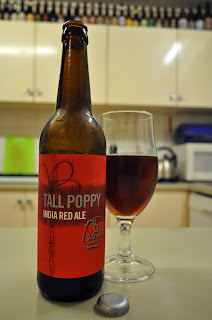 Twitter alerted me to the announcement of the RateBeer Best 2011 Awards, for which the popular beer rating website complies lists of the highest scoring beers across a number of categories and regions.

The 8 Wired HopWired IPA was listed as the Best Beer of Australia and New Zealand 2011, which I think is a deserved result. I love the HopWired and everyone I have spoken to who has tried the HopWired has shared the view that it is a fantastic beer.

In the categories by Style, I was intrigued by the description of the winner for Best Dark Lager, the Chatoe Rogue First Growth Dirtoir Black Lager. I quickly found the Dirtoir Black Lager in stock at Slowbeer and purchased it to try, along with an Amager Bryghus Black Nitro Black IPA, which I knew nothing of but decided to take a punt on due to my love for the Black IPA style. 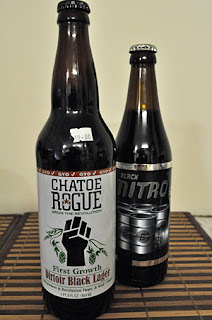 My perceptions may have been a little clouded by the knowledge that this beer has rated so highly, but I believe my experience with a number of Schwarzbiers in recent times helped me realise that this Chatoe Rogue is indeed in a class above them all. 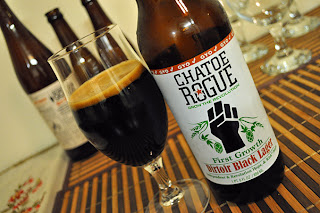 The Amager Bryghus Black Nitro Black IPA proved a choice punt, because it is beautiful! The Black Nitro has big aroma and a lovely flavour mix of dark fruit like raisins, grapes, cocoa and more. Best of all, the hops still shine through and really balance this beer well, with complexity and length.

If you missed out on the Bridge Road Brewers B2 Bomber Black IPA last year, try this Black Nitro!

Back in December the wife and I were drinking at The Fox Hotel in Collingwood, where we were served a beer in a beautiful Meantime glass...just like these... 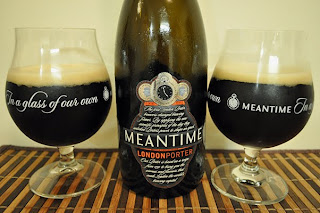 ...and we coveted these glasses muchly! Last week, our covet became a reality, courtesy of craft beer importers and wholesalers, Innspire, who the wife and I had the pleasure of meeting whilst holidaying in Queensland over the New Year. (Check out this Beer Bureau blog write-up on Innspire's operation and spectacular showroom bar!)

Meantime has been a personal favourite brewery of mine since the start of my craft beer journey. The Meantime Coffee Porter was one of my earliest craft beer revelations and it still remains in my Top 10 favourite beers of all time. (I'm in the progress of clarifying with Meantime whether the Coffee Porter is still being brewed, as it seems to have dropped off their schedule since the move to their new brewery.)

I decided that we needed to christen our sexy Meantime glassware with an appropriate beer. With my love for the Coffee Porter but yet to taste their regular Porter, my decision was that the only choice could be a 750ml bottle of Meantime London Porter.

The London Porter is a 6.5% abv English Porter that looks, smells and tastes just like a classic Porter should! The roasted malt character is strong but beautifully balanced, complimented by caramel, coffee and chocolate, as well as some dark berries and a touch of something smokey. The mouthfeel is almost creamy and I would give it full marks for complexity and length. With a sweet, malty finish, this beer is delightfully satisfying despite disappearing far too quickly. 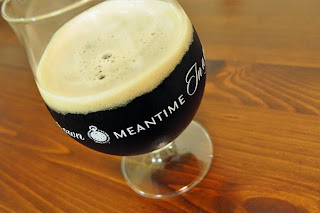 Last weekend I sought out a big hop hit to match with paella that my wife was cooking for dinner. I purchased two Imperial IPAs - the Southern Tier Unearthly and the Baird Suruga Bay Imperial IPA

I did not take notes when drinking them (as they were shared and enjoyed over dinner and board games), but I thoroughly enjoyed both and highly recommend them.

A number of Imperial IPAs that I have tried over the last year have suffered from being too syrupy and sticky. Neither or these beers posses that fault. 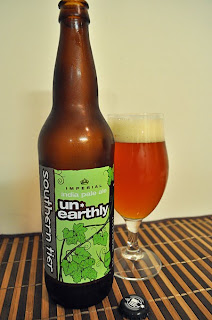 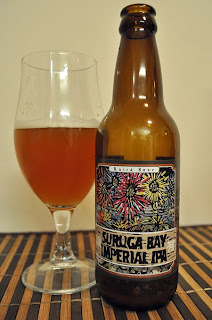 Finally, in my book a seasonal release from Murray's Craft Brewing is always worth hunting down for a taste. Therefore, on a recent weekend I found myself in Beer DeLuxe and forked out $11 (...ug!) for Murray's Punk Monk. Murray's notes that this beer is "an invented style – a hybrid of a few Belgian styles and influenced by Saisons, Belgian Blond Ales, with a nod to Belgian Trippels, but true to Murray’s style, true to none of them as such!"

Brewing such a mish-mash successfully is no easy feat and ultimately quite risky in terms of economic viability, but that is how they do things at Murray's...and I love them for their passion for the craft of brewing.

Whilst I do not feel that Punk Monk is one of the best beers Murray's has produced, it is still a very enjoyable beer. Further, it is indeed remarkable that they have crafted such a good looking beer with a solid body and very generous flavour. 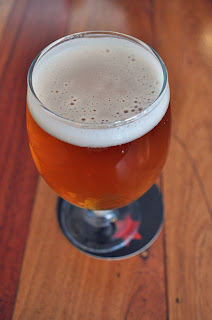 Both the soft aroma and crystal clear appearance are potentially misleading because you may be expecting a light and thin drink. However, the Punk Monk fills your mouth with flavour. My mind initially interpreted the style as a Beligan Hefeweizen Summer Ale. Pear, cloves, banana and sweet malt all come out in the taste. The mouthfeel is smooth but full, carbonation is medium and the 7.5% alcohol is very well hidden.

Some drinkers may be overwhelmed by the flavour mix and it does seem a little unbalanced. However, this is a punk beer brewed to make an impact, which Murray's has achieved, just maybe not in Gold Medal form.

I could easily drink several on a hot day...and I would call it sessionable. However, with 7.5% abv, you'll be knocked out after two or three! Look out for it in bottles soon...and enjoy! 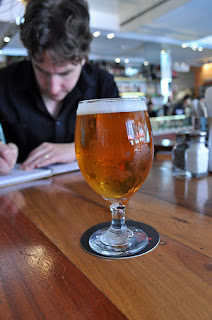