Sin City have been kicking around for years now, punk-pop-rocking out many small live music venues in Melbourne and across Australia. Originally from Western Australia, they relocated to Melbourne in 2004 and found their niche for a hard rockabilly punk style that Melbourne embraces.

Made up of Tash (vocals, guitar), Josh (lead guitar), Kane (bass) and Tom (drums and the band's heart & engine), Sin City are pure dirty rock fun. Loud and brash, they ooze sex and menace but are never frightening. On the contrary, they are a joyous rampage, capturing and feeding off the hearts of many gig goers who fall under their messy spell.

On this particular night, we stumbled into Pony's upstairs bandroom well after 2am to find Sin City in full swing. We had just trekked across the city in pouring rain, following a big night out at Biero Bar for their choice "Fright Night" Halloween event. It was welcome relief to find a warm and very awake Pony bandroom enjoying the punknroll music being thrust out from the tiny stage.

The set list covered Sin City's 2007 album, Hungry for Love, and EPs Sweet Lies (2005) and Sin City (2009) plus other random bits and pieces. Songs pumped out during the relentless gig included "Can You Feel It", "Dating the Undead", "Don't Eat Your Heart", "Man Alive", "Punk Pussy" and "Teenage Rampage". Every song was as energetic as the last, as they once again displayed how well they work together as a live band, thanks to years of performing similar gigs. Their playing connection is tight, feeding off each other whilst they also pull every awesome rock pose ever written...and then some, adding to the fun of a Sin City experience.

There is nothing slick about Sin City's live sound. They are pure dirty rock...and that is what I love about them. Their loud and distorted live sound is actually fairly different to their cleaner and often poppier recorded tracks. However, their rough and rowdy performance is always bursting with talent and effortless command. It is boisterous entertainment that perfectly suits their image and the rooms they play, such as Pony where they have rocked out countless times.

Lead singer, Tash, has been described as a "barbie-from-hell", which is an awesome description of this raunchy rock chick.  Unfortunately, during live sets her vocal talents are often drowned out by the drums, guitars and beer (in particular, her own beer), but this is often on a minor flaw for what the gigs are really about - a rock party.

The band has a loyal little cult following, with familiar faces present at every Sin City gig. Although, the whole crowd (small may it often be) always recieves much love from the band, especially from behind the drums where Tom leads the audience interaction with his animated appreciation for anyone enjoying their show.

As common with Sin City gigs, by the end of the set the band are drained and drunk yet always keen to keep the party going. Before you know it, the time is past 4am and the band closes the night with their 5th "just one more song". When all is done...the crowd is on a natural high and still hungry for more.

For me, this gig 2 weekends ago was another awesome night of pub rock gratification, hitting right on my love for Melbourne's pub rock scene. 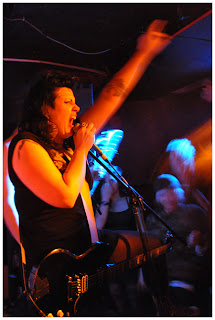 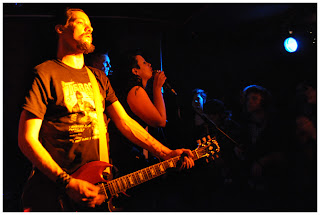 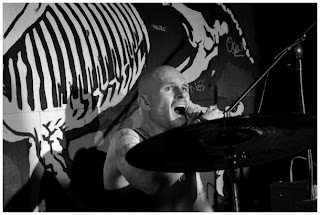 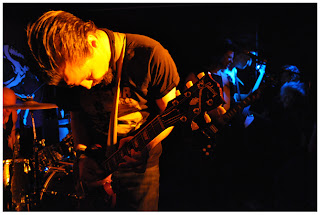 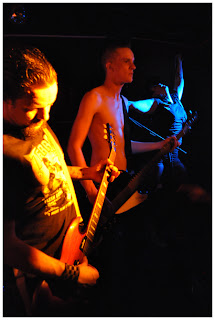 I can not fault Pony as a bar and live music venue. It is what it is. Small, grungy, characterful, rough and splendid.

Thankfully, Pony has somehow survived 10 years relatively unchanged as a loud rebel amongst the ever increasing conservative nature of Melbourne's city, which has battled against drunken behaviour and noise. I suspect that there is a fair amount of coin backing Pony, but also...I have never encountered any "trouble" in Pony. The patrons are generally easy going, diverse, bohemian folk...there to enjoy this cosy Melbourne gem. Sure, the pretentious few will slip in (hence the reference in The Bedroom Philosophers' "Northcote (So Hungover)"), but those posers won't still be there at 2am.

And for the beer loving side of me, it is always good to see a range of beer choices available, including Mountain Goat Hightail Ale, Matilda Bay Fat Yak and Coopers alongside VB, Carlton Draught...unlike most similar small rock venues, which tend to offer very little draught beer choice (like down the road at Cherry bar where you will only find Stella Artois on tap).

There will be one final chance to catch Sin City play this year (according to their Facebook page), with a gig at The Brunswick Club on Saturday 20 November, supported by Kingswood Factory, The Ramshackle Army and The Tearaways. As with most Sin City gigs, it is free...and guaranteed to be a fun night of awesome dirty Melbourne rock!
at 2:53 PM