Wow...I have a new favourite beer...and her name is Rapunzel!

I have been waiting for over a year to try this highly regarded and very limited small-batch from the Mountain Goat team...and she did not disappoint.

Last Friday evening I headed back to the Mountain Goat Brewery in Richmond for the specific purpose of tasting this strong Belgian ale. Once again Melbourne had turned on some beautiful Autumn weather and the atmosphere at the Goat Bar was indeed a happy one.  Although, I thought it was actually relatively quiet for Beer O’Clock on a sunny Friday.

I ordered a Rapunzel (385ml tulip glass for $8) and watched with a little amusement as the high carbonation tap caused the beer to pour with a froth explosion into the glass.  It gave a delightful big head, as such a Belgian ale should, which slowly reduced, leaving plenty of lacing.  Standing on the bar, the beer looked very enticing, emitting a rich hazy golden-red colour.

The initial aroma was soft and fruity. A deeper inhale presented plenty of fruit, malt, toffee and a little spice. They use Pilsener Malt, German Hallertau hops and a Belgian Yeast strain to produce this beer.

With my first taste I was delighted by a hit of deliciousness! Wow, I loved it! The 7.7% alc/vol was very nicely hidden, with the luscious fruity taste winning the flavour battle. (I believe the alc/vol has reduced from 8.3% in 2009 to now 7.7% for 2010.)  I'm sure there are many flavours and characteristics of this beer that I will fail to mention, simply because I still have much to learn about beer tasting, but it's definitely complex in a very good way.

The medium body and high carbonation suited this beer perfectly, providing a beautiful balance throughout the whole mouth. I enjoyed allowing it to linger in my mouth. The Rapunzel also has quite a long finish (…I think that's what you call it).

What delighted me most about this beer was how perfectly consistent it remained throughout drinking down two glasses of it.  All aspects of the beer - taste, aroma, mouthful and drinkability - maintained the same character/consistency throughout each sip.

Like Red Hill’s Temptation (which I can’t really compare it to, because I’ve only tried the bottled Temptation, not a tap/keg version) Rapunzel is dangerously easy drinking for a strong ale. Not sessional though, because of the 7.7% alc/vol...but I was definitely ready for more after each glass.  Sensational stuff.  (I should probably pop down to Slowbeer and grab a Duval to try sometime soon…since it seems to be the general “benchmark” for Belgian Strong Pale Ales…yes?)

It is probably a good thing that Rapunzel is very limited. That way, I won’t become too familiar with it…as much as I wish I could. My recommendation is to drink it very slow and really savour it.

Call it inexperience, but I honestly don't know how this beer could be improved anymore...HOWEVER...I am looking forward to heading back to the Goat Bar's Get Back with Rapunzel event next Friday to try the "Oaked version" (which has spent 9 months in a French oak chardonnay barrel), as well as a Randied version.

I hear that the oaked version is really something extra special...and that will be Part 2. 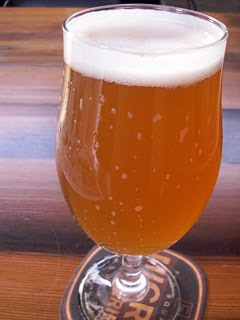 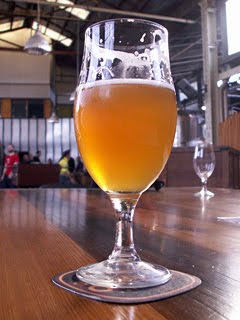